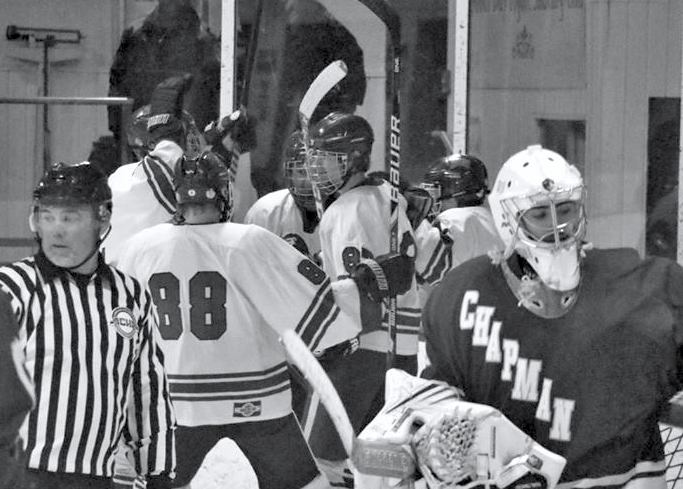 The Lions swept Chapman, winning 12-3 in their final game of the season.  There was no scoring until 4 minutes left in the first period, when Hogan Peters would score on the rebound for the first of 3 goals on the night.  Chapman would tie it, and after 1 we were all even.  Freshman Mike Zanini played well during the tense moments in the first.  Though LMU completely dominated possession time and chances, Chapman found themselves with a few grade A scoring chances which Zanini turned aside.

In the second the Lions would turn it on and start to run away with it.  Shibata scored early in the second, then Hertz added 2 goals quickly.  The Lions would lead 8-2 after 2.  Scoring for the Lions were Hertz (4G), Herzog, Boente (1G,4A), Peters (3G), Shibata, G. Bennett and Johnson.

The Lions outshot Chapman 63-24, and finish the season on a 4 game win streak, their second longest of the season.  LMU’s final record is 12-11-1, and though the team barely missed qualifying for the WCHC playoffs this season, it’s a marked improvement from the previous season.  The Lions, who graduate Boente and Blazier, will be returning 19 players, and are looking to make another big leap as the young talented team and grow and add in complementary pieces.

The season is over.  Thanks to our fans who supported us.  Now we start planning great things for next year.