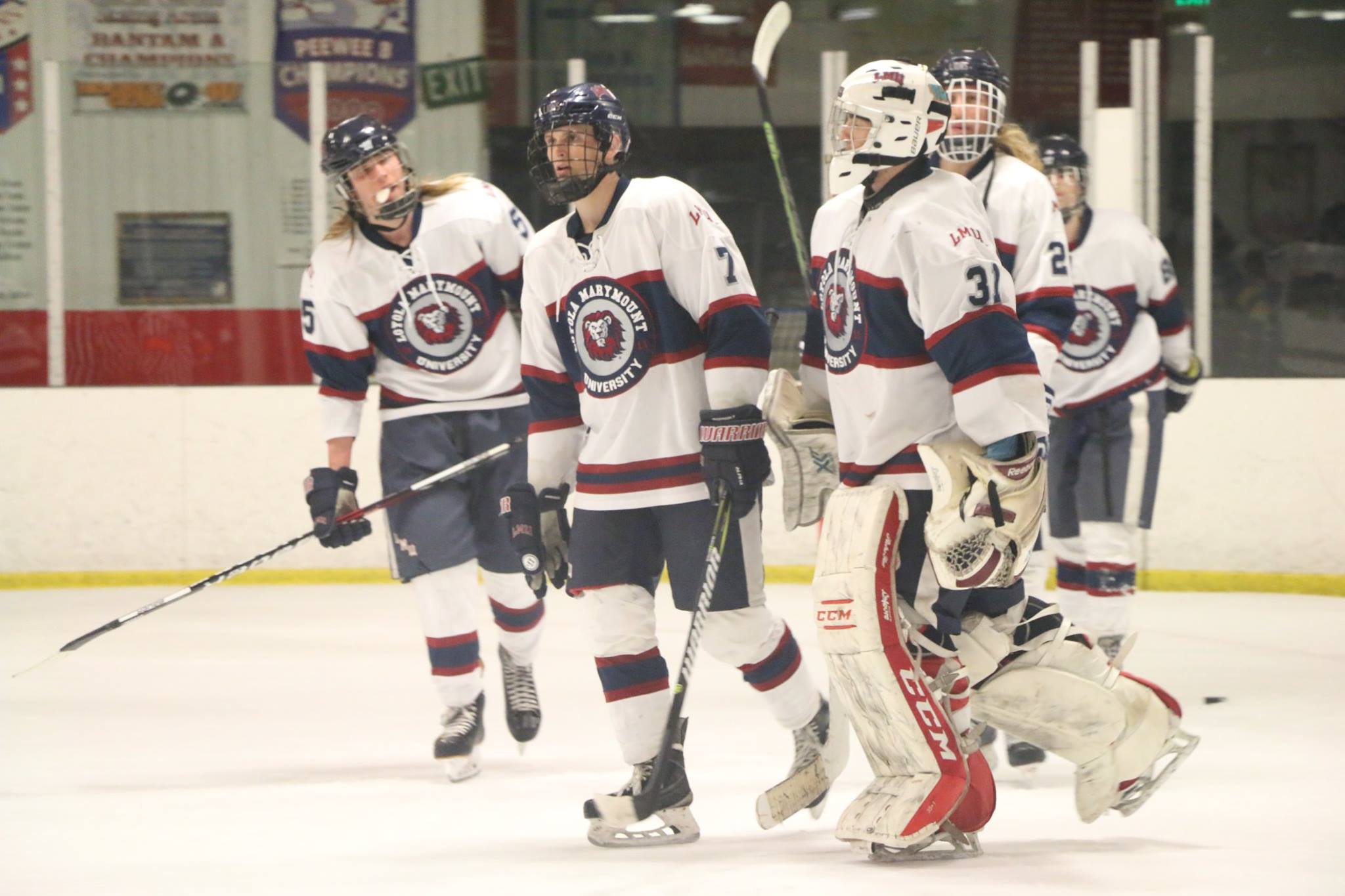 LMU finished tied-for-second in the WCHC, the program’s best finish since its rebirth season 13 years ago. The Lions completed season sweeps of five conference rivals and finished the regular season with seven consecutive conference victories.

“We are proud of the season we had and the progress we made both as a team and a program this year,” said General Manager Tyler Goeckner-Zoeller. “We’re certainly disappointed with how the season ended but there are a lot of positives we can build on for next year.”

With injuries keeping multiple players out of the lineup for much of the first half of the season, the LMU offense needed contributions from a variety of sources. In all, 16 different players collected at least 10 points for the Lions this season, first in the WCHC and the most in program history. Brian Clem (20-16=36) and Austin Billings (19-17=36) led the team in scoring, becoming the first freshmen to pace the Lions’ offense since the program’s rebirth season. LMU led the WCHC in scoring by freshmen this year as six of the Lions’ top 10 scorers were playing their inaugural season with the club.

Back in goal, the Lions sent in four netminders to protect the cage this season and all four produced a winning record. Jason Footlick led the way for LMU, leading the WCHC in wins (7) and starts (14), while finishing second in saves (404) and third in save percentage (.884). Michael Zanini earned his tenth career collegiate victory on Feb. 2, stopping 23 of 24 shots in a 6-1 LMU win over San Jose State. Freshmen Hayden Stocker (5-1) and Grant Campbell (4-0) combined for a 9-1 record, the best mark by a freshman goalie tandem in program history. Campbell made 15 saves to record his first collegiate shutout in the Lions 17-0 victory over Chapman on Nov. 30.  Stocker started three games after the semester break, as the Lions fought for playing seeding, posting a 2-1 record alongside a 2.00 GAA and .927 save percentage.

A highlight of the Lions’ 2018-19 season was the team’s inaugural “Teddy Bear Toss” night. Immediately after LMU’s first goal of the game, fans were invited to throw teddy bears onto the ice at Skating Edge Ice Arena. In all, 116 bears were tossed and donated to charity by the team. On the ice, the Lions trailed by a goal late in the third period when Justin Hertz scored one of the season’s most spectacular goals to even the game at two. Still tied after sixty minutes of action, the Lions headed to their third overtime game of the year. In the extra frame, Greg Bennett found the back of the net to win it for the Lions, their sixth win of seven wins on home ice this season.

The Lions are proud to have three seniors, Hogan Peters, Parker Thomas, and Will Fraipoint, graduating this May and recognized the outstanding trio with a pre-game ceremony on Senior Night, Feb. 1.

“We’re so grateful for everything our seniors have given us throughout their time with the program,” said Goeckner-Zoeller. “Hogan, Parker, and Will set an excellent example for our younger players and our team is in a better place going forward as a result of their leadership. We want to thank them for everything they have done for us and we are excited to see what is next for them. No matter what, they will always have a home with LMU Hockey.”

Peters joined the Lions last season as a transfer from NCAA Division-III Hobart College. Peters appeared in 18 games for LMU over the last two seasons, earning 11-11=22 points.  Thomas finishes his three-year LMU career having skated in 71 games for the Lions, collecting 12-27=39 points. Thomas set career-highs in goals (8) and points (17) in his final campaign with the red, blue, and white, while finishing third on the team with 25 games played. Fraipoint was the lone four-year senior on the Lions’ roster this year and completes his time with the program among the all-time games played leaders (86). Fraipoint recorded 4-13=17 over his four-year career and ranked second on the team this season with 49 penalty minutes.

Follow along with the Lions throughout the summer as the team prepares for the 2019-2020 season! You can find LMU Ice Hockey on Twitter and Instagram (@LMUIceHockey) or www.lmuicehockey.com.