Lions Come Back for Opening Victory 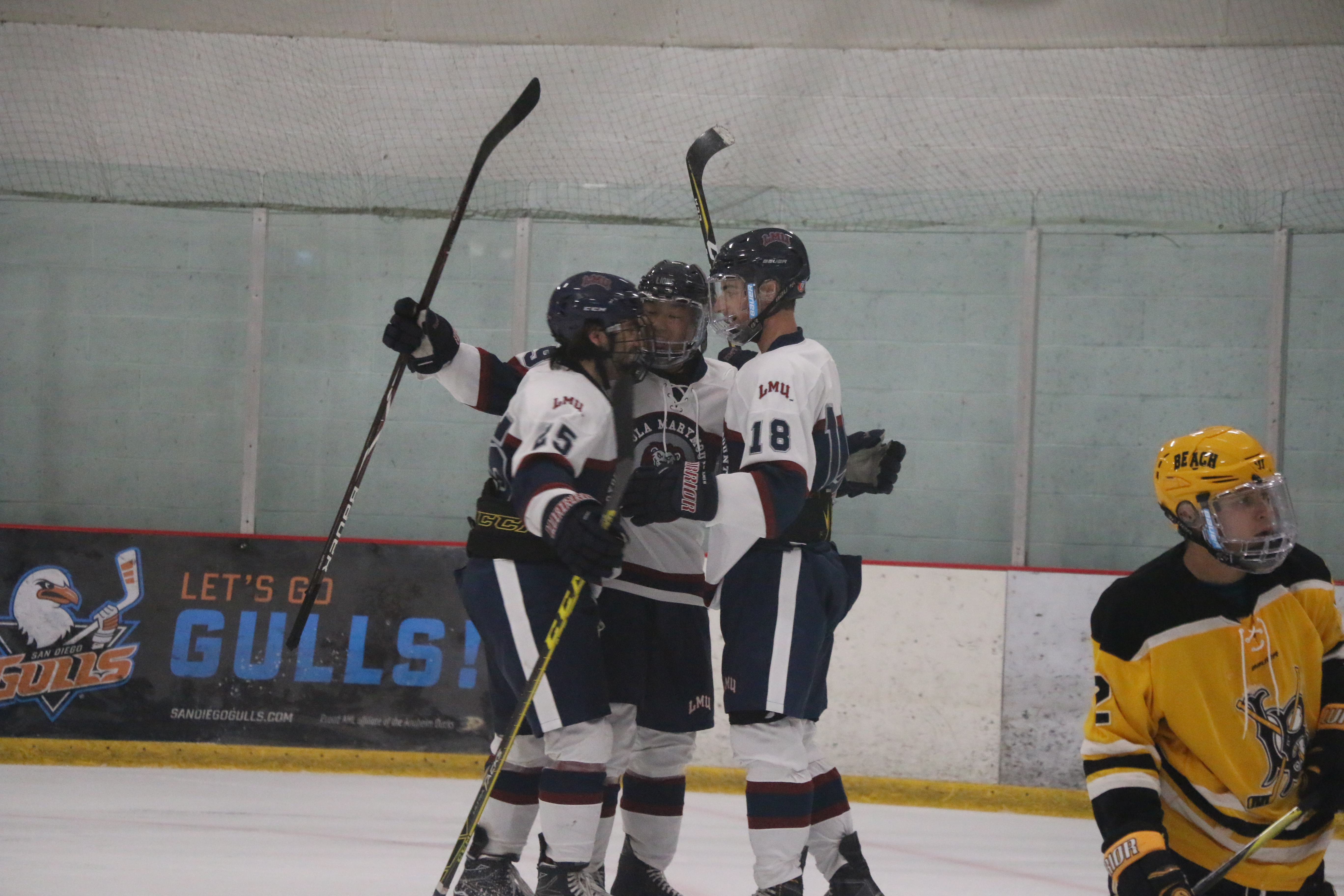 The Lions looked shaky to start the first game of the season.  With a young roster playing important roles, and going up against one of the stronger competitors of the season, the Lions looked flustered.  But a strong finish to the 2nd period put the Lions on a path to win their first game of the season, on the road at Long Beach.  Long Beach would score first, just 1:22 into the game as the Lions continually coughed the puck up in their zone.  LMU would start to play better in the later half of the first, and kept the score at 1-0 LBSU.  In the second, a turnover in the D zone would lead to a LB goal only 1:09 into the period.  Then the Lions would start making progress, generating more shots in the second, and leading to a string of 4 consecutive goals.  Kyle Penn scored on the Power Play at 8:07 of the second on a nice back door feed from Shibata.  Then with 2:27 to go, Shibata would find a puck in the high slot and bury the 2nd Power Play goal of the game, tying it 2-2.  Rookie Cam Andrade took the puck over the blue line and fired a far top corner shot on the very next play to go up 3-2, and Connor KilKenny would bury another back door feed, this one from Brian Clem to go up 4-2.  Those 3 goals in the span of 1 minute and 20 seconds.  In the third a weird carom would bring LB back within 1, where it stayed most of the period.  But Ryan Hirai tapped home the final goal of the game, again on the back door, with a nice assist to Kyle Penn.  Transfer goalie Jason Footlick was phenomenal in net, especially early when Long Beach had all the momentum.  The Lions are now 1-0 on the season, and 1-0 in the WCHC conference.  Tomorrow LMU hosts USD, another conference game, at home, 5:50 PM.