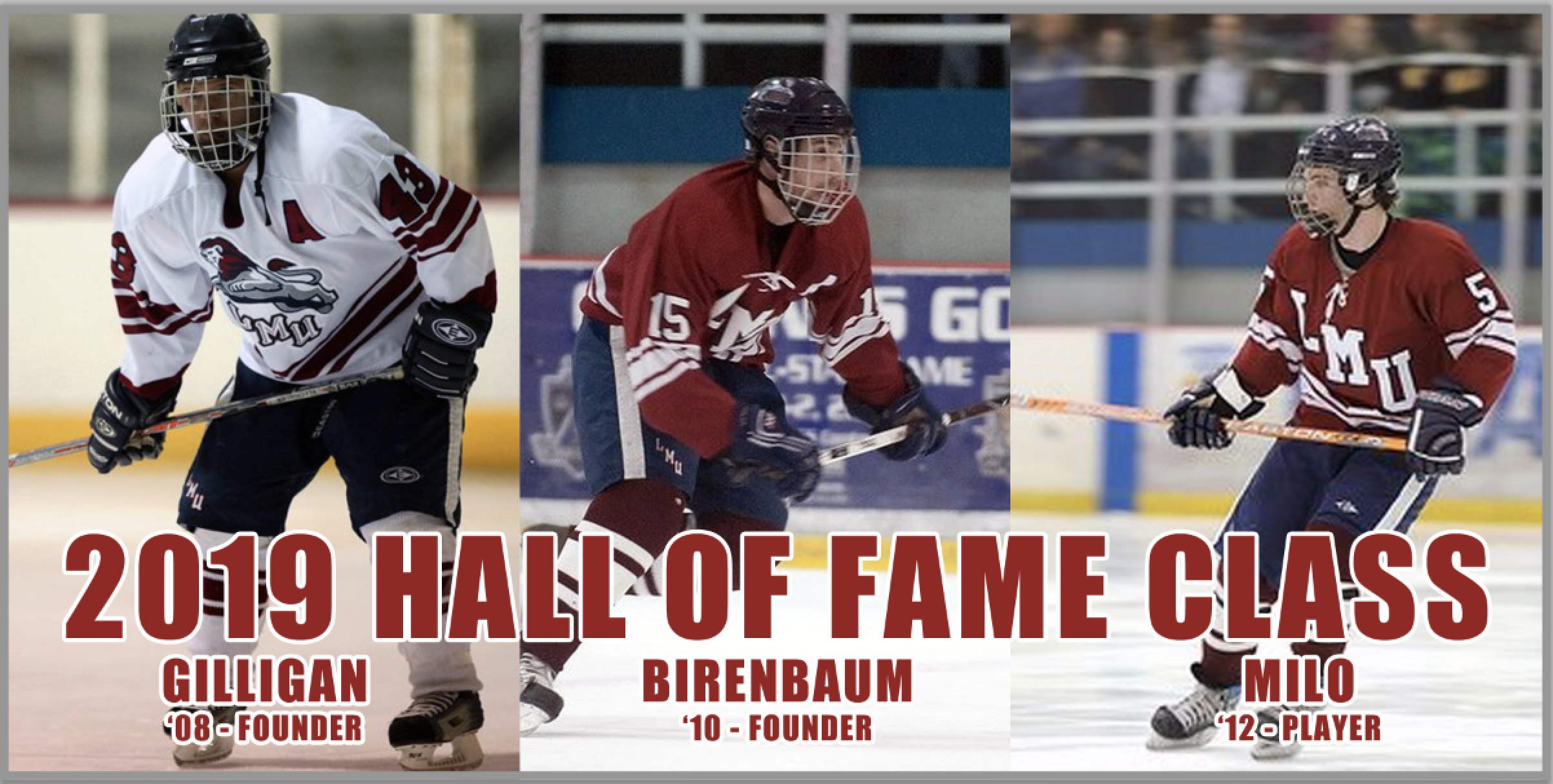 The Lions are proud to announce the players selected to the 2019 Hockey Hall of Fame.  Robb Gilligan, Jeremy Birenbaum and Dylan Milo join the nine previous selected members to bring the LMU Hockey Hall of fame to 12 in 2019.

Robb Gilligan (Founders Category): Gilligan had a large hand in the existence of the program, serving as Vice President, assistant captain  during his two years on the team, including the year that the team was restarted in 2006.  Gilligan did a significant portion of the publicity on campus, helping to get a packed rink in the first collegiate game at LMU in over 70 years in 2006.  Robb continued to help the program after his graduation, including with graphic design and promotions.  Robb currently lives in Spokane, WA, with his wife and two children, and works in the recording arts business.

Jeremy Birenbaum (Founders Category): Birenbaum transferred to LMU in 2008, and played three seasons for the Lions as a defenseman. During his time with the Lions, Birenbaum served as Vice President of the team, assistant captain, and graphic designer.  Birenbaum graduated in 2010, but still works on graphic design project for the team each season.  Birenbaum works for a start up company in San Francisco that centers on his passion of classic cars.

Dylan Milo (Players Category): Dylan Milo played four seasons for the Lions, amassing 75 points as a defenseman and graduating as the All-Time Leader in Games Played, with 90.  Dylan was a constant steady hand and leader for the Lions.  He also spent time as assistant captain on the team, and two years as team president.  Currently Dylan lives in San Diego with his wife Breanne, also an LMU graduate.

Congratulations to the three newest members of our Hall of Fame!