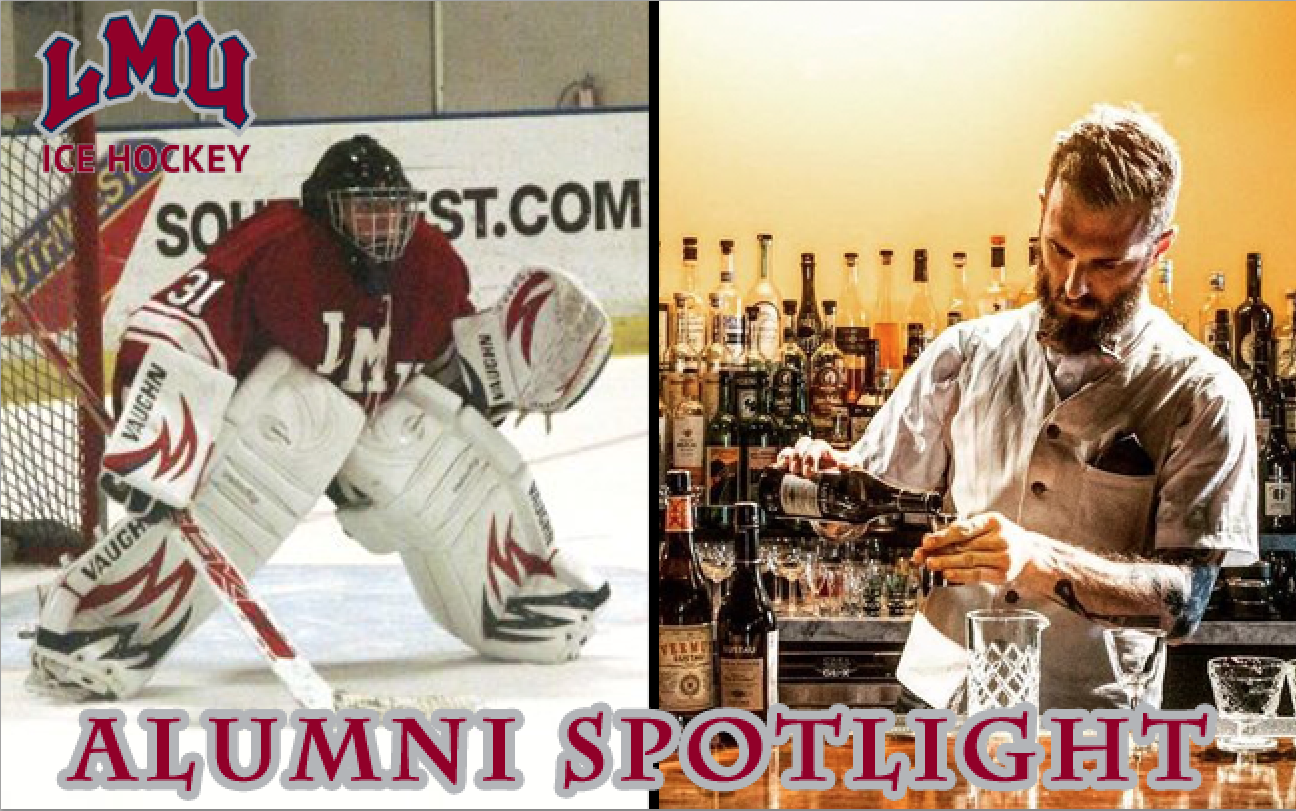 Collin “Hollywood” Nicholas came to LMU from San Jose, and played all four seasons for LMU.  He appeared in 48 games, which ranks him 3rd in games played for LMU as a goalie.  In 2011 Collin graduated from LMU with a degree in Communications.

After graduation, Collin moved to New York City, where he attended culinary school.  After graduation, he decided to pursue a career in the hospitality industry, and was offered a job working along side an up and coming beverage director in NY.  He developed as a bar manager during that stint, and decided to move to San Francisco where he began helping chefs open restaurants by creating their bar concepts.

Collin still plays hockey as a goalie in San Francisco with other LMU Hockey Alumni, who he still “bails out” every time.