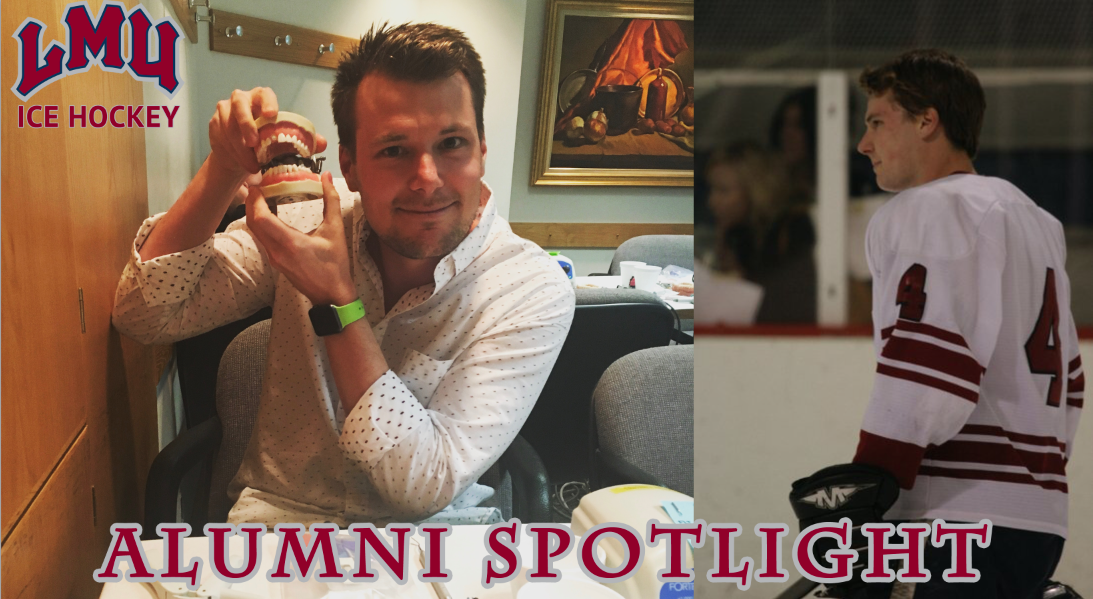 First up is David Maricondo.  David was a 2008 graduate from LMU with a BS in Biology.  David was instrumental in the founding of the LMU Ice Hockey team in 2006, and played the 3 seasons on the team while he was at LMU.  He graduated having played 33 games, with 17G and 17A as a defenseman.

After LMU, David used his LMU degree and moved to New York to attend NYU Dental school, where he graduated in 2012.  After dental school, he worked and became part owner of Aspen Dental in Syracuse, NY.  In 2017, David missed the sunshine, and decided to move back to Los Angeles, where he is currently an associate in a private dental practice.

David has been an active LMU Ice Hockey alumni, participating in the annual alumni game.  Congratulations to Dave and his dog, Pete, on doing great things with your LMU degree.

David’s future plans are to purchase his own Dental Clinic again, and may be on the move!