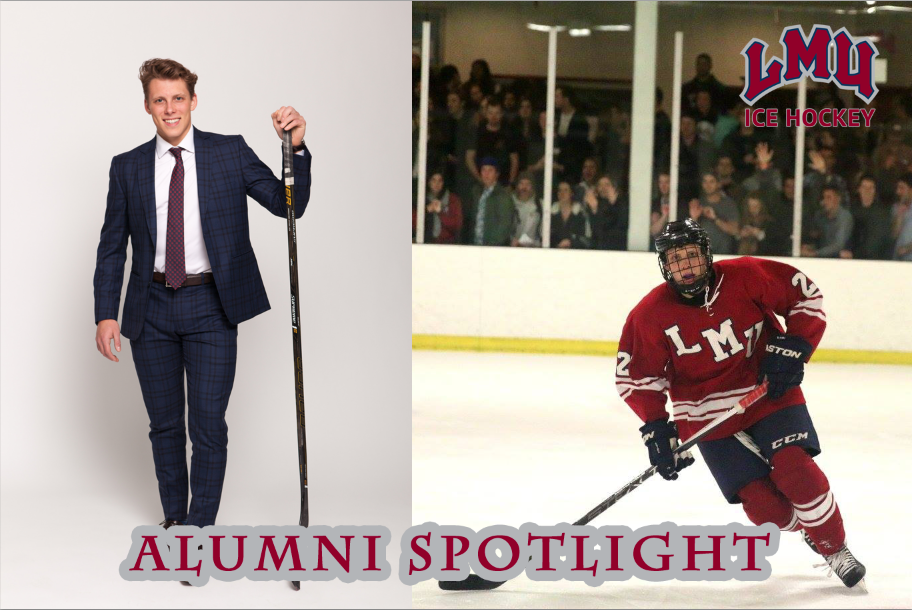 Ethan Fink was a 2016 Graduate from LMU with a BS in management.  Ethan played three seasons with the LMU Hockey team, appearing in 66 games with 37 goals and 85 total points.  Ethan could deliver in the clutch, with many important goals during his tenure on the team.

During his time at LMU, Ethan worked for Easton Sports as head of product testing and the ambassador / influencer program.  During his junior and senior seasons, he worked full time for the Los Angeles Kings as their video coordinator, traveling with the team and spending a lot of time helping the players and coaches.  Ethan certainly used up every available second in college to get his degree, play hockey and get a jump start on his career.

Ethan now works at the Creative Artist Agency in their hockey division, leading recruiting and player development.  He resides in L.A. but is routinely on the go to scout and train players.  He plans to become an NHLPA certified agent soon.