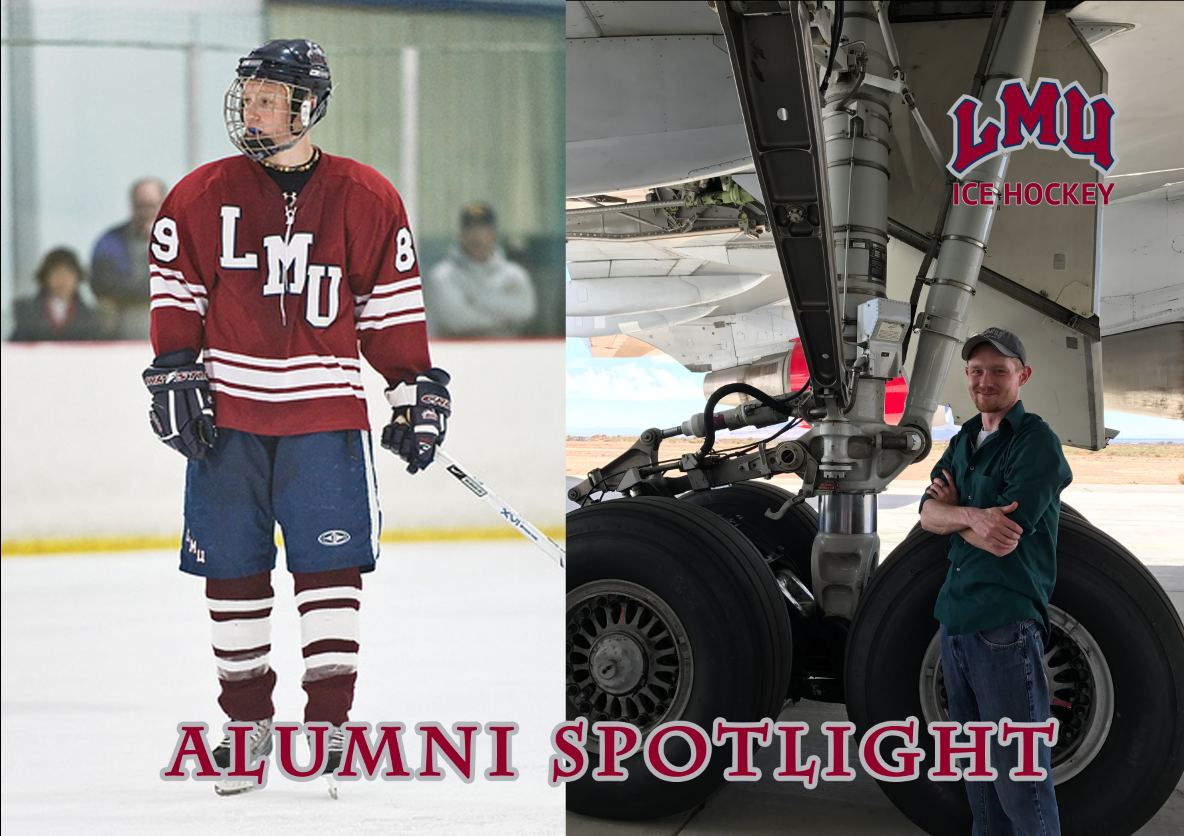 Kyle Flynn graduated from LMU in 2010 with a BS in Physics and a Chemistry and Math Minor.  He played 3 years on the LMU Hockey team, starting in 2006 for the first ACHA season.  Appearing in 57 games, he had 25 goals and 52 total points.

After graduating, Kyle did an internship at the Johns Hopkins cavitation lab.  He eventually moved back to L.A. and worked designing missile cooling tubes at Glenair.  In 2013, he got an offer to work for The Spaceship Company, which is Virgin’s space flight company.  Since he started working there, he has worked on the entire flying ship, including designing the landing gear and Pneumatic systems.  Now that The Spaceship Company is in flight tests, Kyle is the Pneumatic Control person during Mission Control flights.  He recently was promoted to lead design engineer for all mechanical systems (RCS, ECS, PNEUMO,LG) on the next two vehicles that are being built for flight.  He currently leads a team of 10+ engineers.

He still plays hockey, enjoys snowboarding and is a dog dad with his wife, whom he met at LMU.