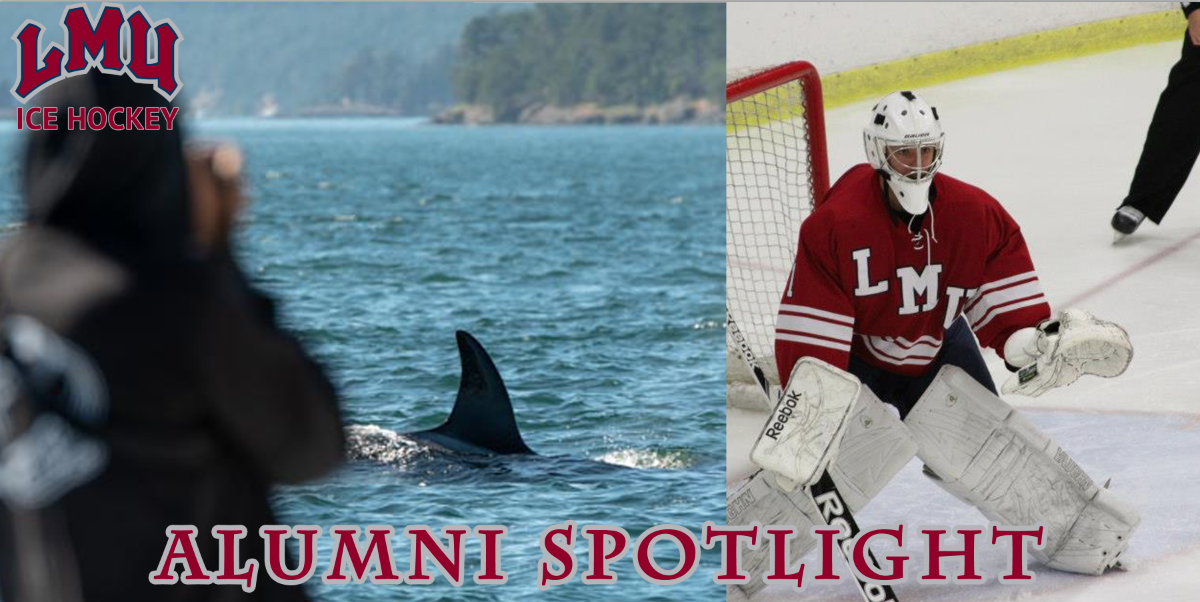 Taylor Spesak came to LMU in 2014 from College of the Canyons.  He grew up playing hockey in the Santa Clarita Valley of California.  He spent two years on the LMU team, backstopping the Lions to back to back ACHA West Regionals appearances, the only two in team history.  He still maintains the best Goals Against Average in team history, and has appeared in the 2nd most games in net for the Lions, with 54 games played.  He graduated in 2016 with a degree in Business.

His senior year at LMU, he got a job working with Heal the Bay in Los Angeles, investigating the situation and condition of wildlife near LA beaches.  After graduation, he moved to Hawaii to do research based wildlife photography, focused on cetaceans  (Primarily Orcas and Humpback Whales) to help track and catalog new individuals.  After spending a year in Hawaii, he recently moved to the Seattle area to do the same.

He works with groups that deal with several local and international organizations dedicated to protecting the critically endangered Southern Resident Orcas, as well as the Bigg’s Orcas.  Most days you’ll find him on a boat with a camera, but he also enjoys Scuba Diving and relaxing!