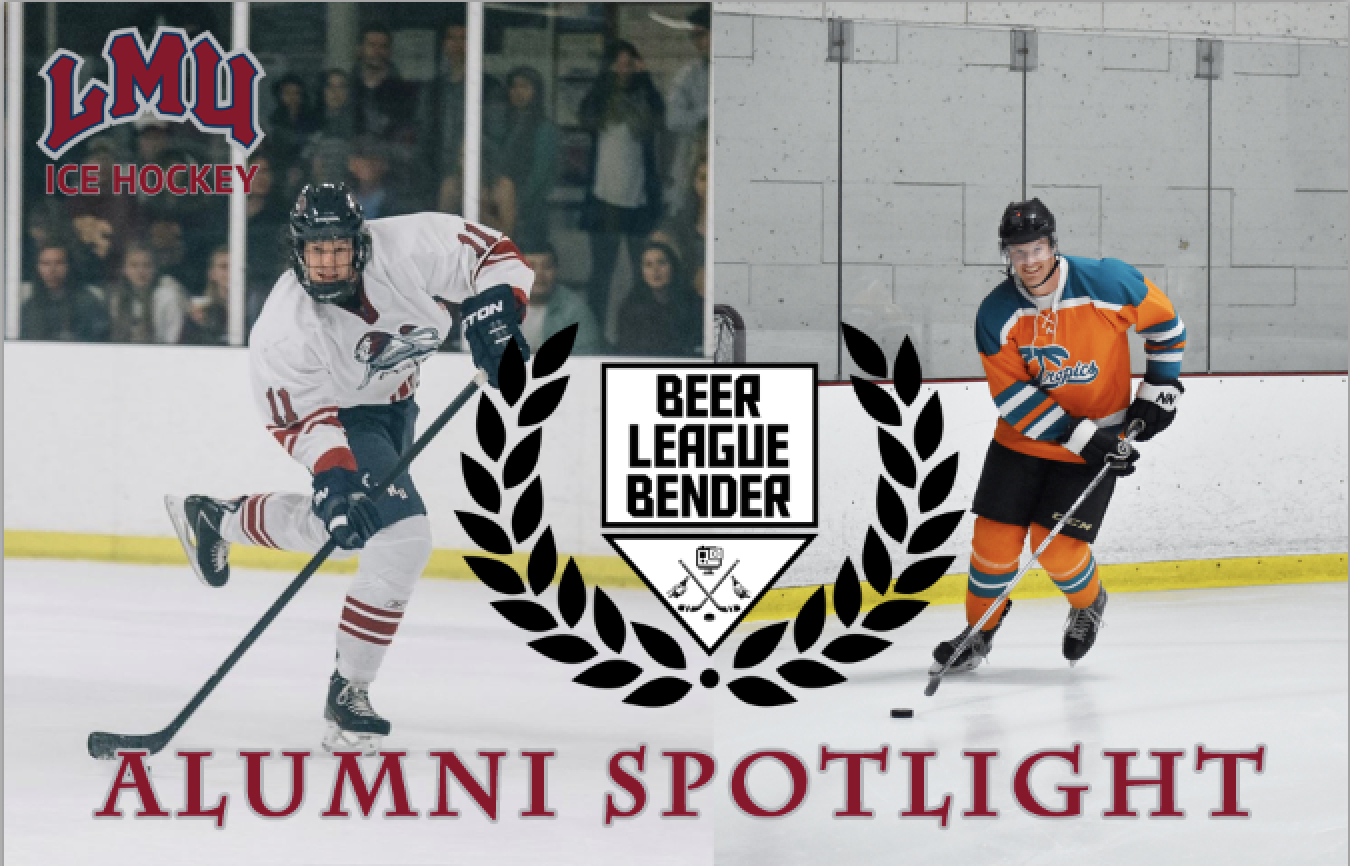 Trevor came to LMU in the 2014-15 season as a Junior transfer from College of the Canyons.  In his two seasons with LMU, the Lions went to the Regional tournament in 2015 and in 2016 Trevor was the Leading Scorer in the Nation for ACHA D2 hockey.

Shortly after graduating with an entrepreneurship degree, Trevor was looking for a job.  He had completed Social Media and Digital Marketing internships while at LMU, and decided to combine his passions of Hockey and Social media.  “I took a six month bet on myself” he said, and started a online persona known as “Beer League Bender”.  “I strapped a GoPro to my helmet, goofed around with my friends and edited the highlights, and most importantly, the lowlights of our adult league (AKA Beer League) games”

Three years after starting, Trevor has created 120 videos, garnered 7+ million views, and amassed a following of over 70k people.  He also has been voted by the hockey community as a top influencer.  Trevor created the Beer League Bender, and through ads and sponsorships on his YouTube channel, as well as selling merchandise, he has created a great business.

“It’s very rewarding spreading the love of the game onto the next generation.  I would never have guessed it would have taken off like this and I’m so grateful for all the support.  I’ve gotten countless messages from people all over the world who say they got into hockey though my videos and now they want to play”