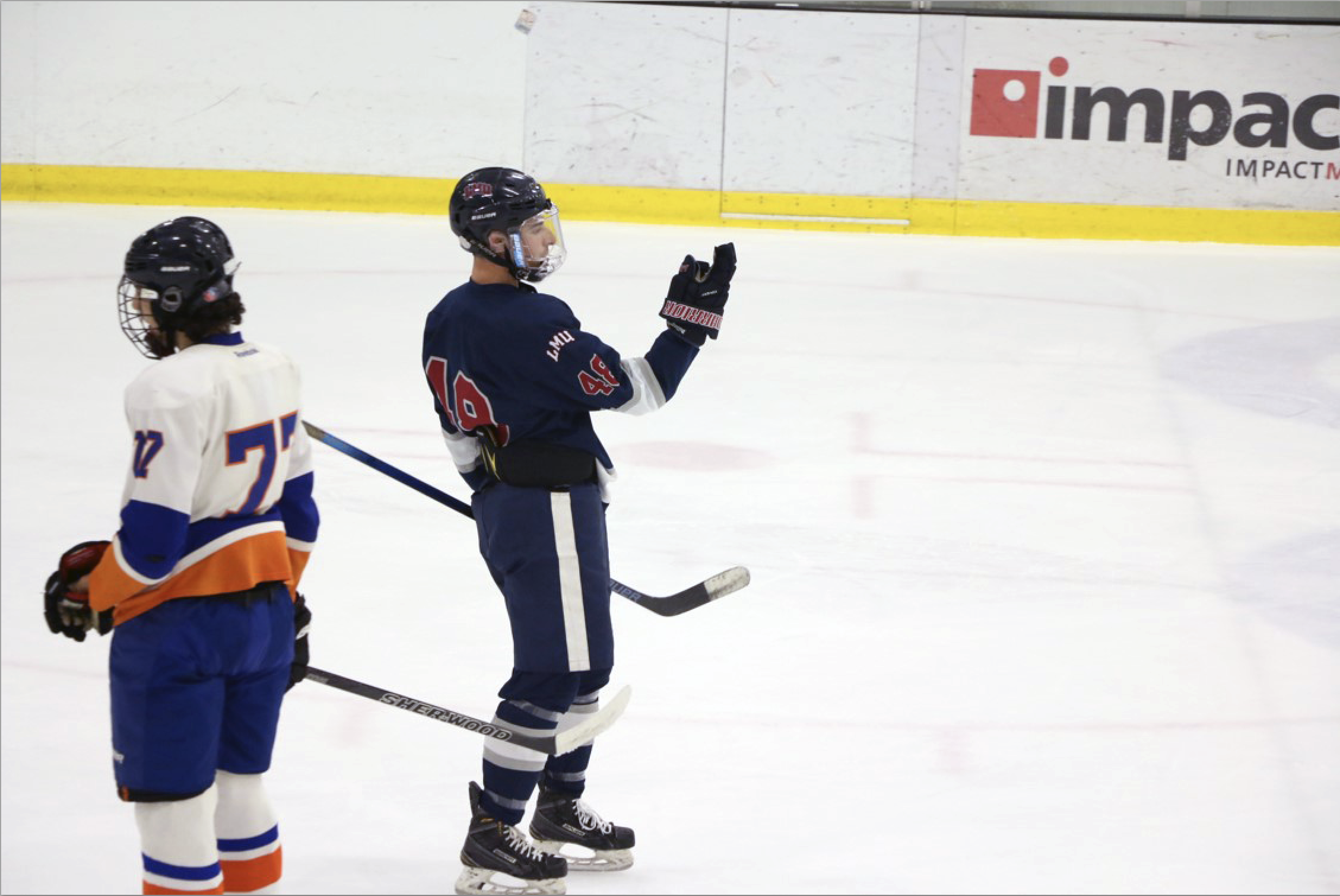 Austin Billings had a first period Hat-Trick, and the Lions cruised past WCHC foe on Friday night.  The Lions, looking to avenge an early season surprising loss, came out strong to put the game out of reach early.  Billings scored three goals and added an assist.

After the first the Lions were up 4-0.  The game pace slowed after the first, with the Lions scoring one in the second, and two in the third.  Other scorers on the night were Clem, Rodriguez and Manzer (x2).

Footlick stayed strong in net, securing his third win of the semester.

The Lions sit in second place in the WCHC T1 standings currently, and hope to secure the second spot for the WCHC playoffs.

The Lions are back in action with their final two home games of the season next weekend, including the Senior Game on Saturday night.