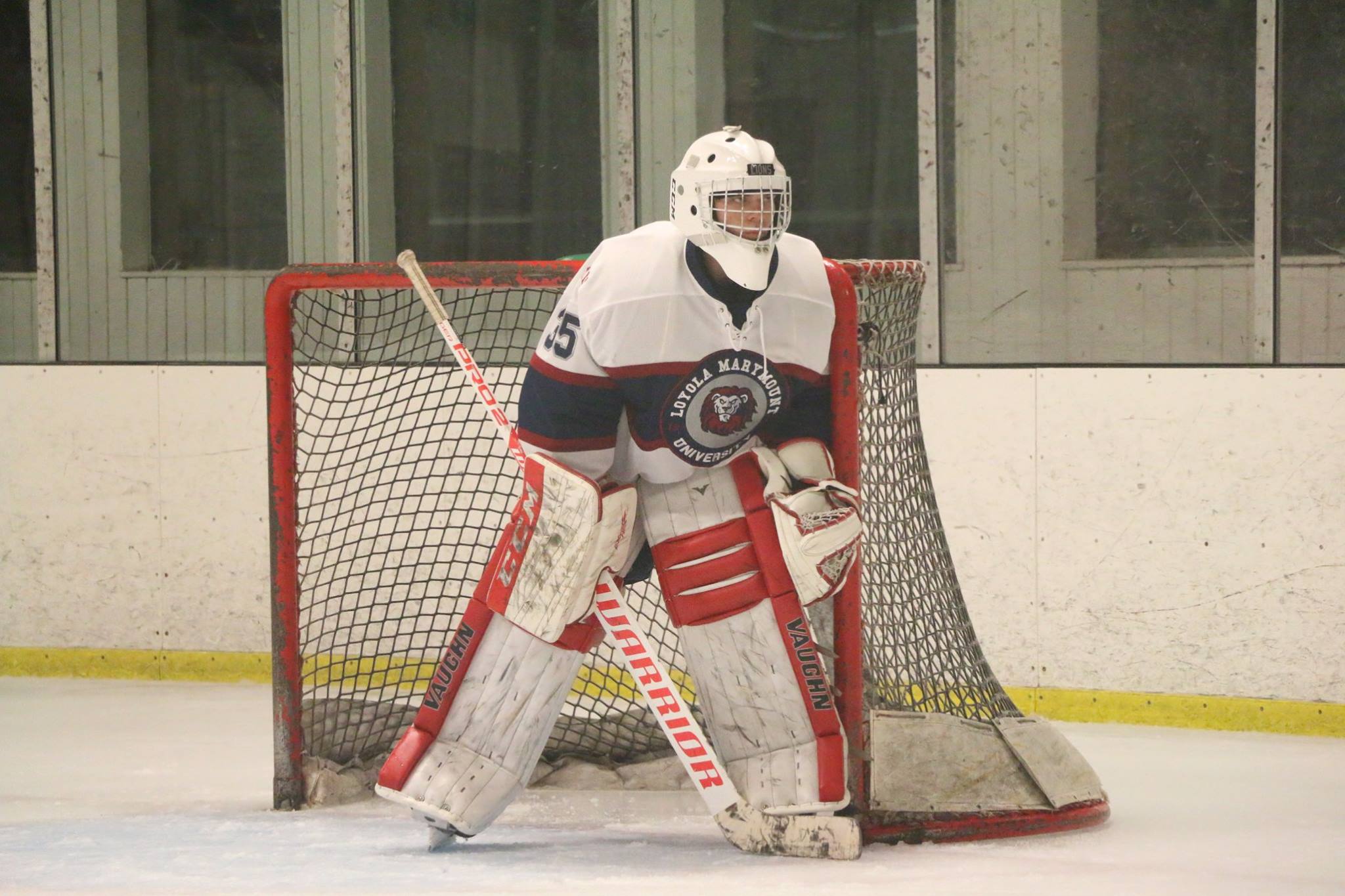 The Lions faced off against the CU Buffs for the first time in team history, and in game 2 of the #CaliClassic showcase.  The Lions got started quickly, with Connor Kilkenny scoring just a minute into the game.  Colorado would come back to lead 2-1 midway through the first, but Justin Hertz would score to tie it.  In the second, the teams would trade goals again, with Austin Billings scored on the power play, and the Buffs tying it up a few minutes later.

Going into the third period the teams were tied 3-3, and the Buffs would score with 12 minutes left, and took a 4-3 lead.  The Lions couldn’t get anything going as time wound down, when Brian Clem tipped in a point shot on the power play to tie it up 4-4.  Just 14 seconds later, Alex Swenson-Lennox would score a beautiful top shelf goal, and put the Lions up for good.  LMU’s Manzer took a penalty with 3 minutes to go, but the Buffs took two penalties in the final minute and Robby McClellan was able to fire the puck from the LMU zone into the empty Colorado net to secure the victory, 6-4.

Grant Campbell made some big saves on the night, facing 23 shots, and securing his first victory of the season.  The Lions move to 4-2 on the year, and 2-0 in the #CaliClassic.

The final game of the showcase for LMU, is Saturday night, 5:45 PM vs. Colorado State.