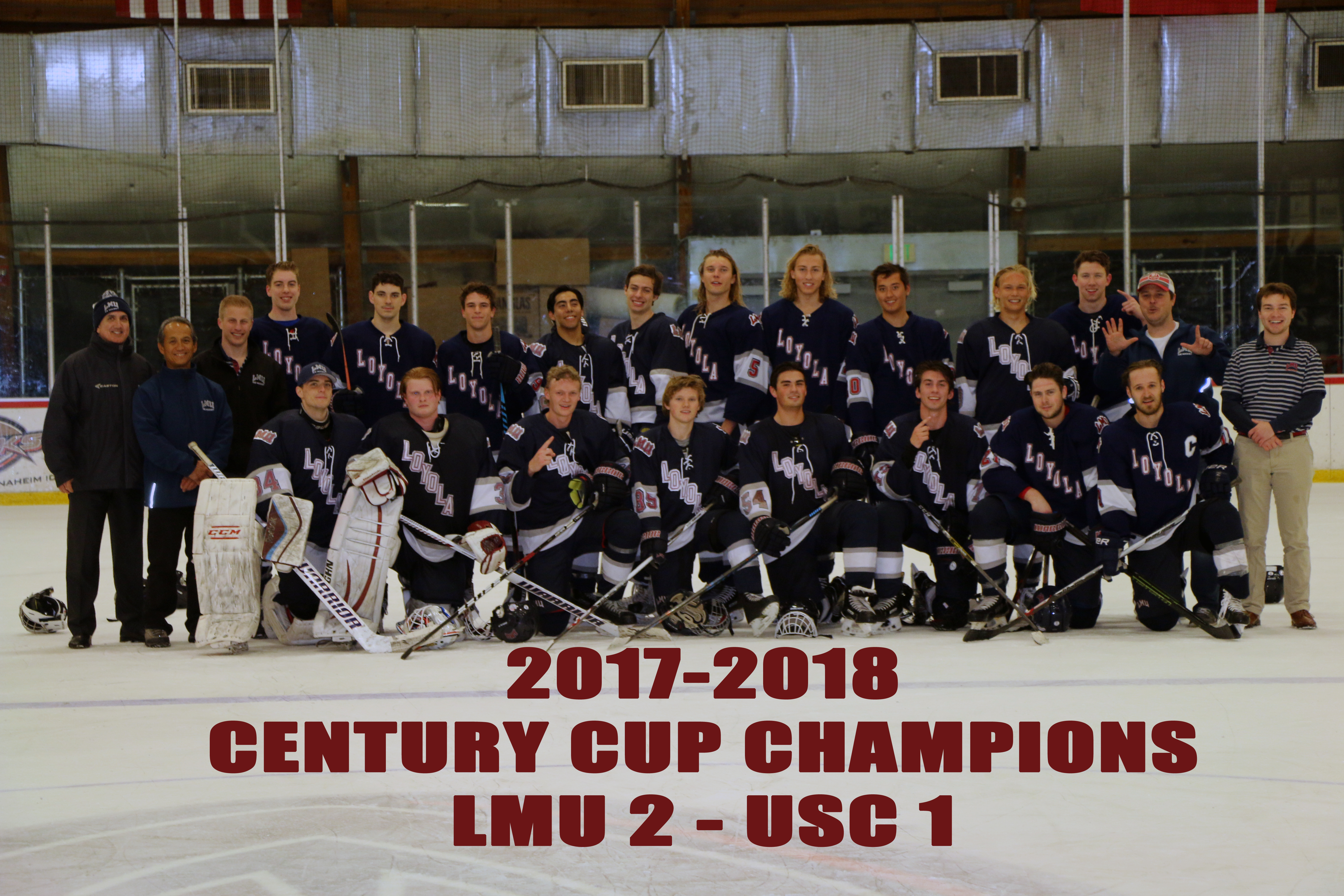 In the history of the Century Cup, a best of three series between LMU and USC each season, the Lions have never been without it for more than a year.  Heading into this weekend, that was at peril.  USC swept the Lions last year to win the cup back for the first time in 5 years, and easily handled LMU in their first game of this season.  USC had to win one game this weekend to keep the Century Cup for a 2nd straight year.

On Friday, the Lions hosted USC.  LMU scored early and never looked back, leading by as many as 4 goals before ultimately winning 9-4.  LMU lead 1-0 at the first break, and a wild 8 goal second period had the Lions up 6-3.  In the third USC would score early to make it 6-4, before freshman Jake Benson finished off his hat-trick to finish 9-4.  Matt Boente and Hogan Peters also score 2 goals a piece.

On Saturday, the Lions played their first game of the season at USC.  This was a much different game, much tighter than Friday night.  It would take until midway through the second for LMU to get on the board, as Tommy Bennett fired a shot that tip high in the air and over the head of the USC goalie.  USC would answer back and it was tied 1-1 after 2 periods.  In the third, Matt Boente got a short handed breakaway and put it home on the backhand, to give the Lions a 2-1 lead.  It held this way most of the rest of the game, but with the goalie pulled USC was able to sneak one in to tie the game with just 20 seconds to play.  The game headed to overtime, the winner would get the Century Cup.  In OT, the Lions didn’t give up a single shot, but it took until :31 seconds left to win it.  Matt Boente got the puck down low, he carried it behind the net where he saw defenseman Jett Shibata sneaking in from the point.  A backhand saucer pass landed on Shibata’s stick and he buried it inside the post to give LMU the 3-2 victory, the weekend sweep of USC, and to bring the Century Cup back to LMU’s side.