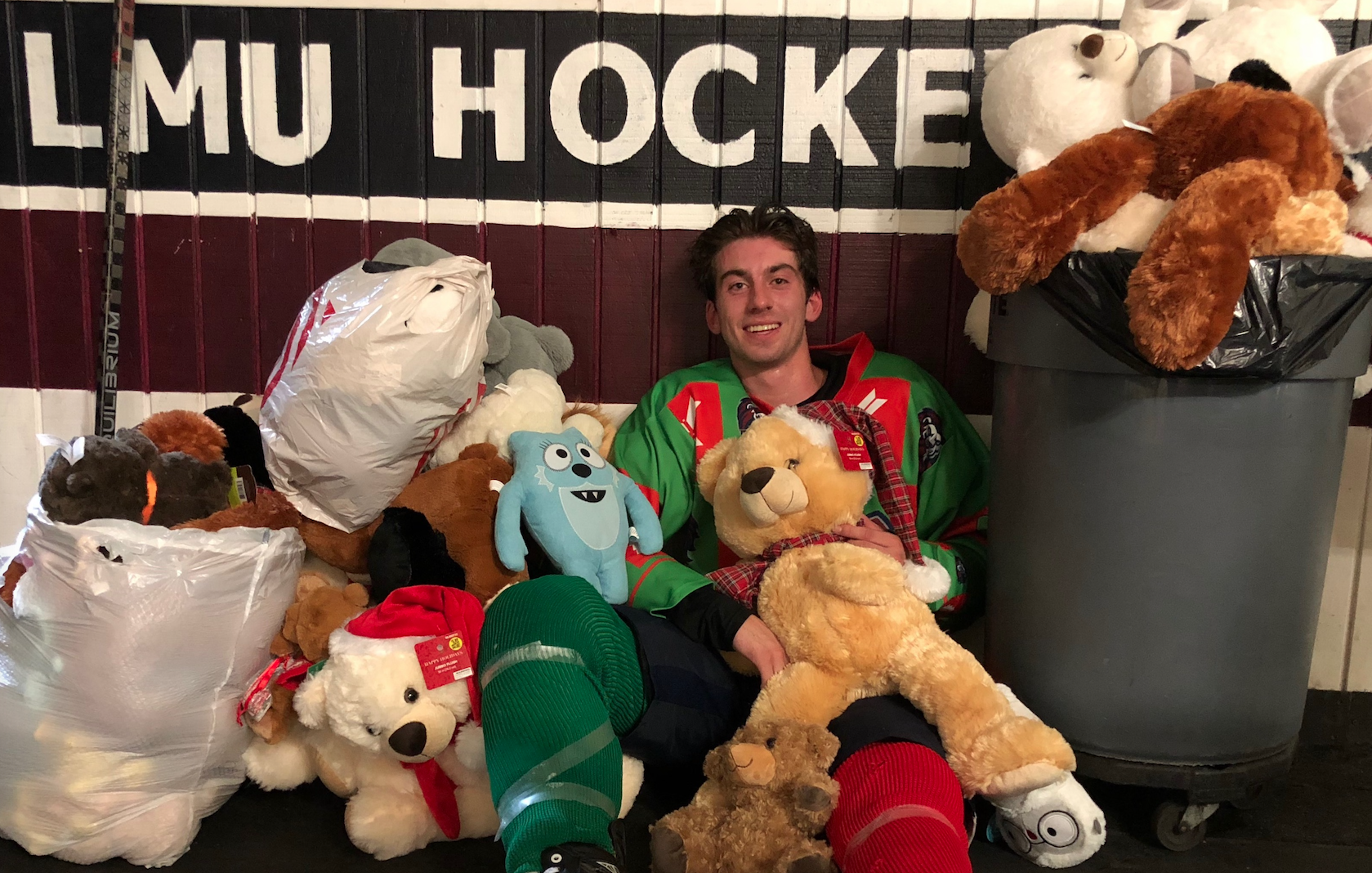 In a strange game with no flow, the Lions picked up the victory with an overtime goal from Greg Bennett.  The Lions, wearing special “Ugly Christmas Sweater” jerseys, and hosting their first ever Teddy Bear toss, thrilled the crowd as they came from behind to tie the game late, then win it in overtime.  Eric Johnson scored early on the power play, and the Teddy Bear toss was on.  The great crowd tossed over 100 bears onto the ice, which were collected to donate to a children’s charity this holiday season.  The special Christmas jerseys were also auctioned off and the proceeds will also be donated!

Long Beach came back to tie the game with their own power play goal just a minute later, and the first period would end tied 1-1.  In the 2nd, the Lions took 3 back to back penalties, playing down 5v3 for almost 2 minutes. LB was able to take the lead as the third penalty was expiring, and the 2nd period would end with Long Beach up 2-1.  In the third the Lions played better, and stayed out of the box.  Justin Hertz would carry the puck wide on the power play with the clock running below 3 minutes.  Hertz cut the puck wide and carried it across the net, sliding it in by the back post.  The third would finish tied 2-2, with LMU on a power play.  In overtime, Long Beach took a major penalty, and the Lions had a 5v3 power play in overtime.  As the first penalty expired, Greg Bennett took a pass at the point, walked it in, and fired the puck five-hole through a screen to win the game!

Jason Footlick picked up the victory, stopping 31 shots.  The third period was wide open and Footlick made some big saves coming down the stretch to keep it a close game, allowing the Lions to tie it.

Thanks to the busloads of fans who came, and brought Teddy Bears.  The game was a great success and we hope the donations will help bring cheer to the lives of some local kids this holiday season.

The Lions finish the semester at 15-4-1, and are back in January with a action packed 5 weeks of season left.