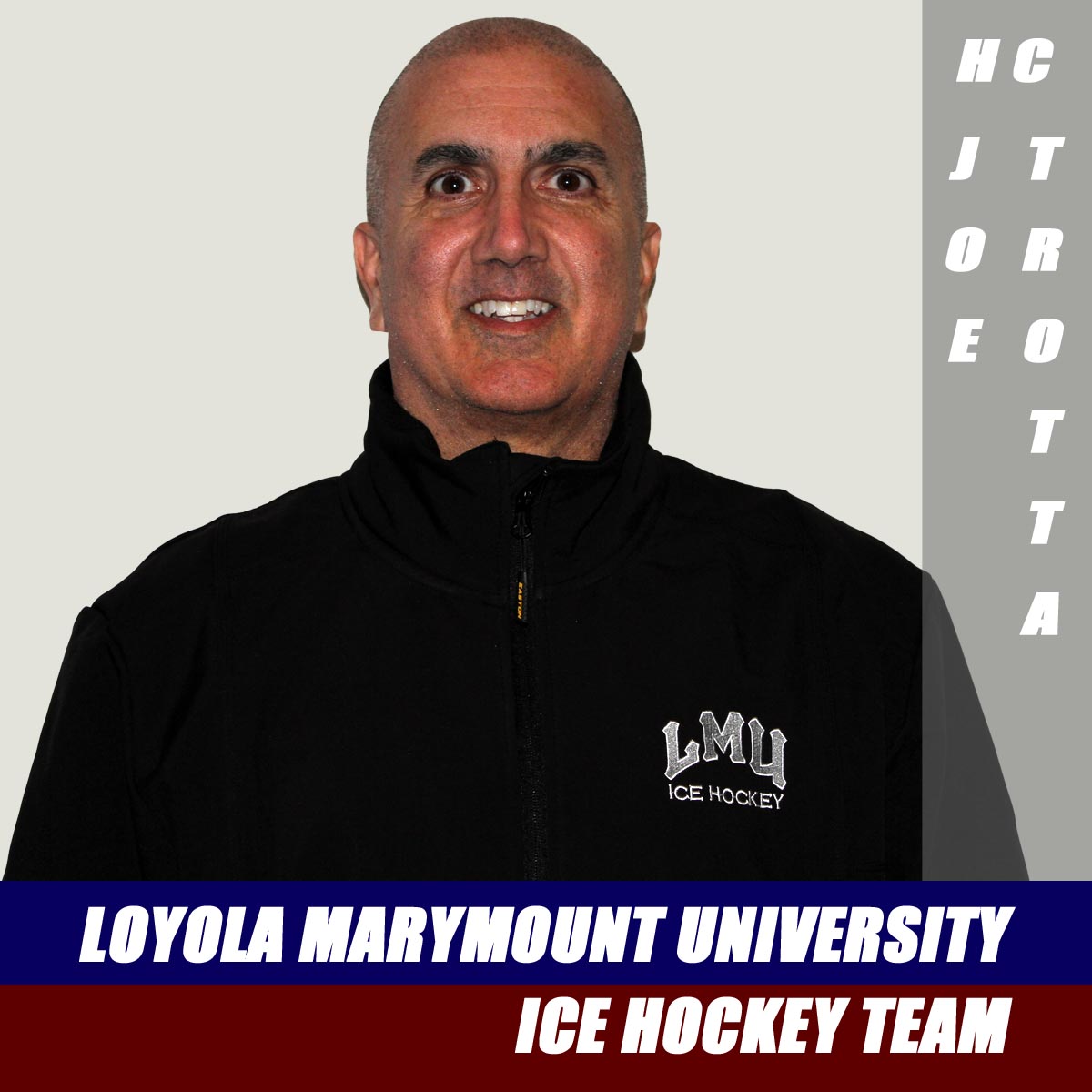 Joe Trotta joins the LMU Lions as Head Coach for the 2016-17 season. Trotta comes to the Lions with an impressive coaching career, including serving as the Video Coordinator for the NHL’s Anaheim Ducks for 7 seasons, including winning the Stanley Cup. Prior to joining the Ducks, Trotta served as Head Coach of the Los Angeles Jr. Kings, an 18-and-under AAA team, for two seasons. Trotta has nearly 300 games experience as an assistant coach at the professional level with the Columbus Chill (ECHL), Indianapolis Ice (IHL and CHL) and Peoria Rivermen (ECHL). While with the Ice, he won the 1999-00 Miron Cup as CHL champions. In addition, Trotta has coached under former AHL Coaches of the Year Don Granato (Worcester) and Bruce Cassidy (Grand Rapids). In all, Trotta has accrued over 16 years of coaching experience. The Lions are thrilled to have an accomplished and talented coach come on board, and are looking forward to a great 2016-17 season!