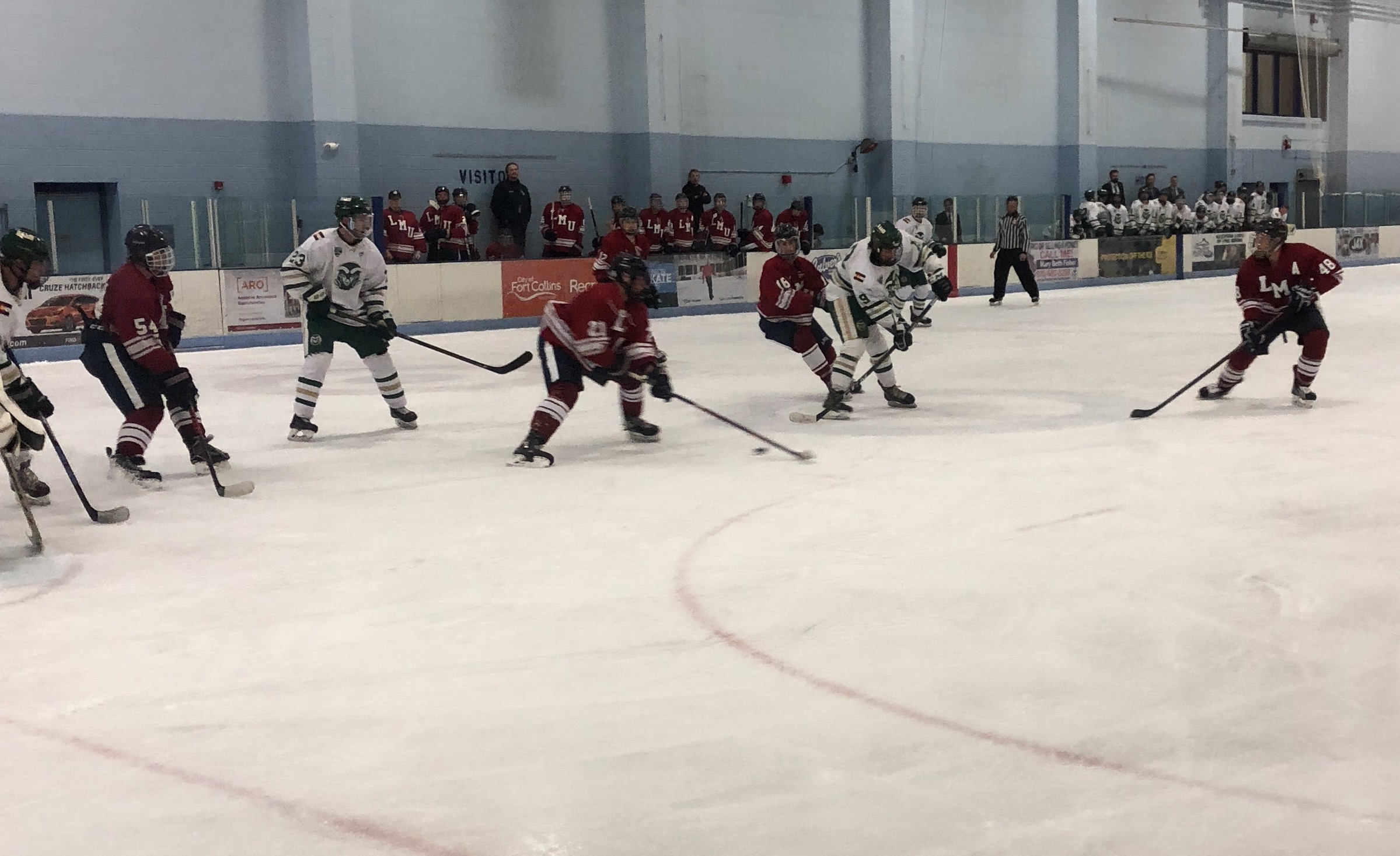 The Lions slow start almost doomed the team, as Colorado State jumped out to a 3-0 lead in the first of a three game weekend in Colorado for the Lions.  But the Lions came out with a different attitude, shaking off the travel and had stretches of domination in the second.  The Lions took 15 minutes of pressure to finally net one, as Justin Hertz put the puck top shelf backhand to get the Lions on the board.  3 minutes later, Austin Billings carried the puck in, dropped it to Hirai who found a trailing Jett Shibata who put the puck bar down to make it 3-2.  Just 30 seconds later Austin Billings skated into the puck and fired it far side past the CSU goalie to knot the score at 3-3 late in the 2nd.  In the third, the Lions would take the lead four minutes in as Parker Thomas would hold the puck in the slot and Nick Mauthe snuck the puck in.  CSU would pick up the pressure and LMU goalie Jason Footlick made some huge saves to keep the lead at 4-3.  Brian Clem would put the Lions up two as he took a pass from Connor Kilkenny and took a shot, and tapped home his own rebound to take a 5-3 lead.  The Lions took a late penalty, but Jett Shibata stole the puck and iced it down, finding the net for the eventual 6-3 victory.