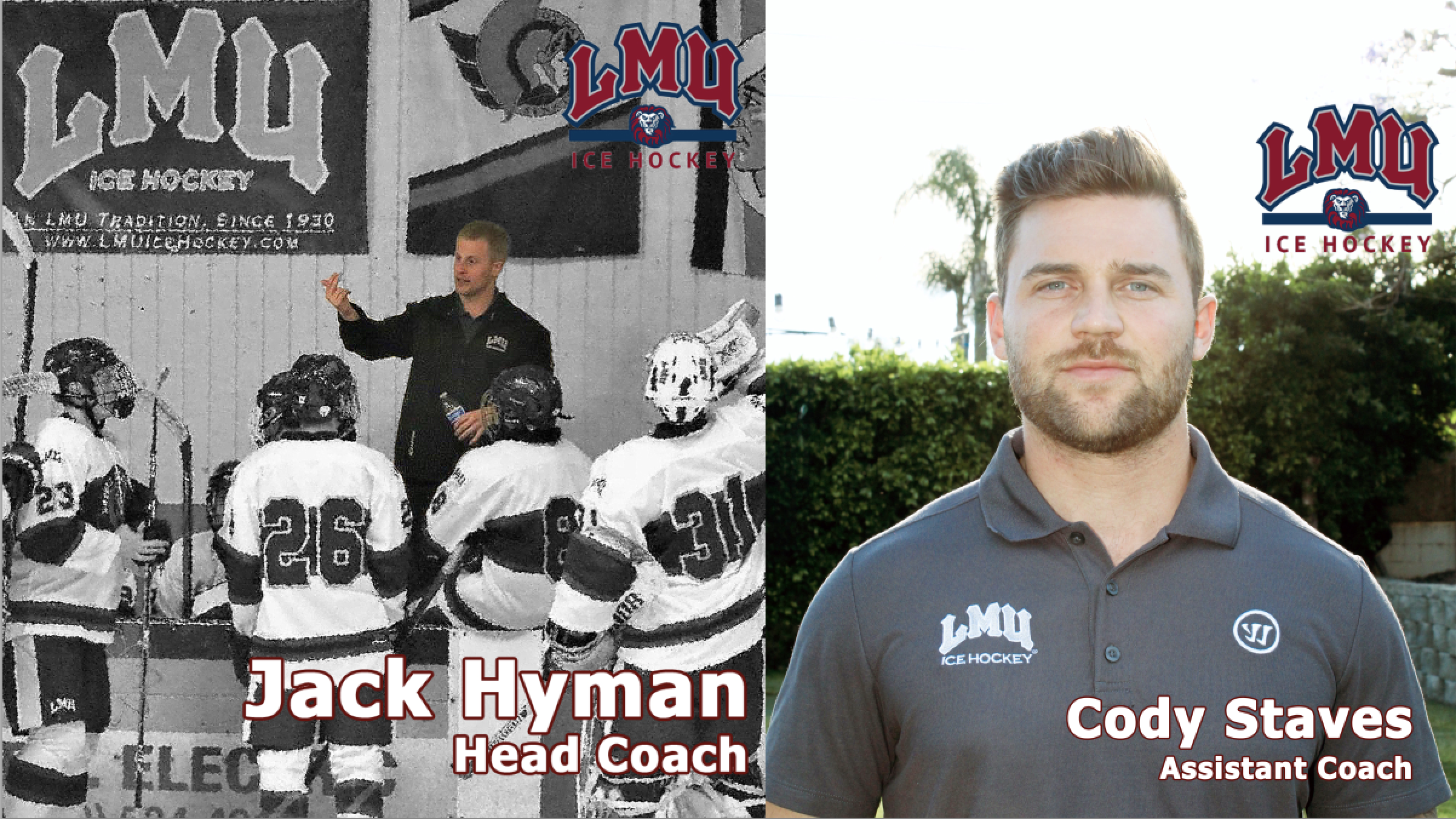 The Lions have announced their coaching staff for the 2019/20 ACHA hockey season.  With the Lions returning the majority of their record breaking roster from last year, along with ten new players, the team is excited for another great year.

Jack Hyman has been elevated to head coach for the first time.  After coming to LMU as a student in 2011, Jack quickly became a leader on the team, including team captain.  Jack graduated in 2015 as third all time leader in points, two year captain, and led the Lions to back to back regionals appearances.  After a year off, Jack joined the Lions as an assistant coach for 3 seasons.  Jack brings a wealth of playing knowledge, and a commitment to winning.

Cody Staves will join the Lions as an assistant coach in 2019/20.  Cody grew up playing youth hockey in LA all the way up to the AAA level under head coach Peter Torsson. He played his college hockey for the University of Pittsburgh, in Pittsburgh, Pennsylvania from 2010-2014. Cody served as the Director of Player Development for a private hockey training facility in Delmont, PA called Next Level Hockey from 2012-2014 where he guided the training schedules of over 100+ members. The facility included a hockey treadmill, synthetic ice sheets, and shooting lanes.  Most recently, Cody was the head coach of the prestigious Vermont Academy, a Division 1 Hockey Prep school.  He decided to move back to Los Angeles this year, and will join the Lions as an assistant coach, along with running the LA Pros youth hockey academy.