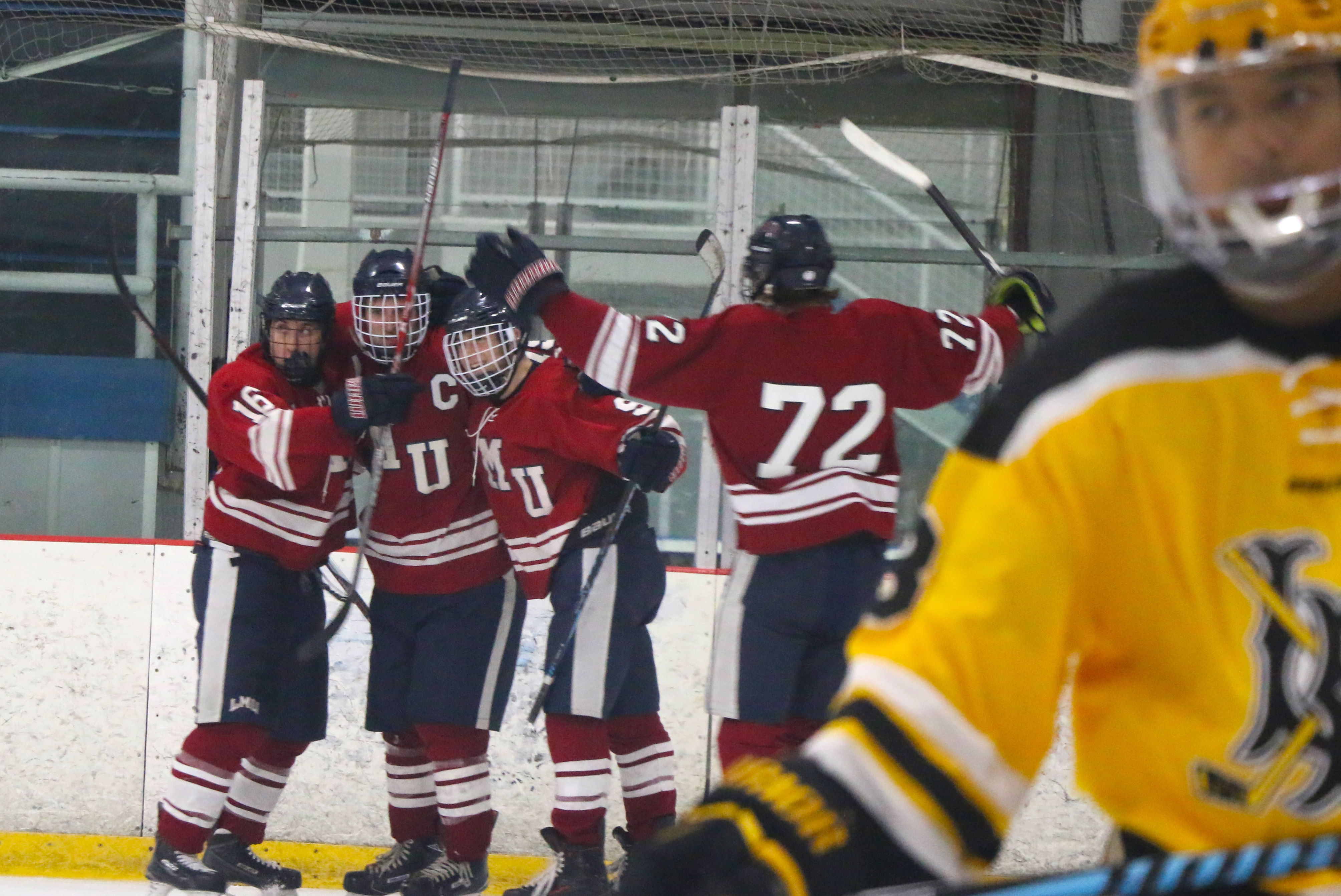 The Lions had a home and home series against Cal State Long Beach, their final action of the first semester of the season.

On Thursday the Lions would travel south to take on Long Beach at their barn.  The Lions would get on the board early in the first as Max Jarrell scored from a tough angle to give the Lions a 1-0 lead.  It was Jarrell’s third goal on his rookie season.  Long Beach would score twice late in the first to take a 2-1 lead into the intermission.  In the second, Long Beach would score right off the bat, and lead 3-1, but after that it was all Lions.  David Valencia and Greg Bennett would both score from the point, and the Lions controlled play late in the second.  After 2, it was tied 3-3.  In the third, Matt Boente would score 9 minutes into the period to give the Lions the lead.  The Lions had to kill a penalty, and right after getting even, Tsokolas carried the puck end to end, firing a hard shot that beat the goalie to give LMU a 2 goal lead with 4 minutes to play.  Long Beach was on the power play basically the rest of the game, including a couple 5 on 3’s, but LMU’s PK and especially Jake Blazier stood strong.  Long Beach did score with 1 second left, but the Lions defeated #18 Long Beach 5-4.

The Lions are off for finals and the holiday break, and we’re back with our next action on January 11 vs. Texas A&M.