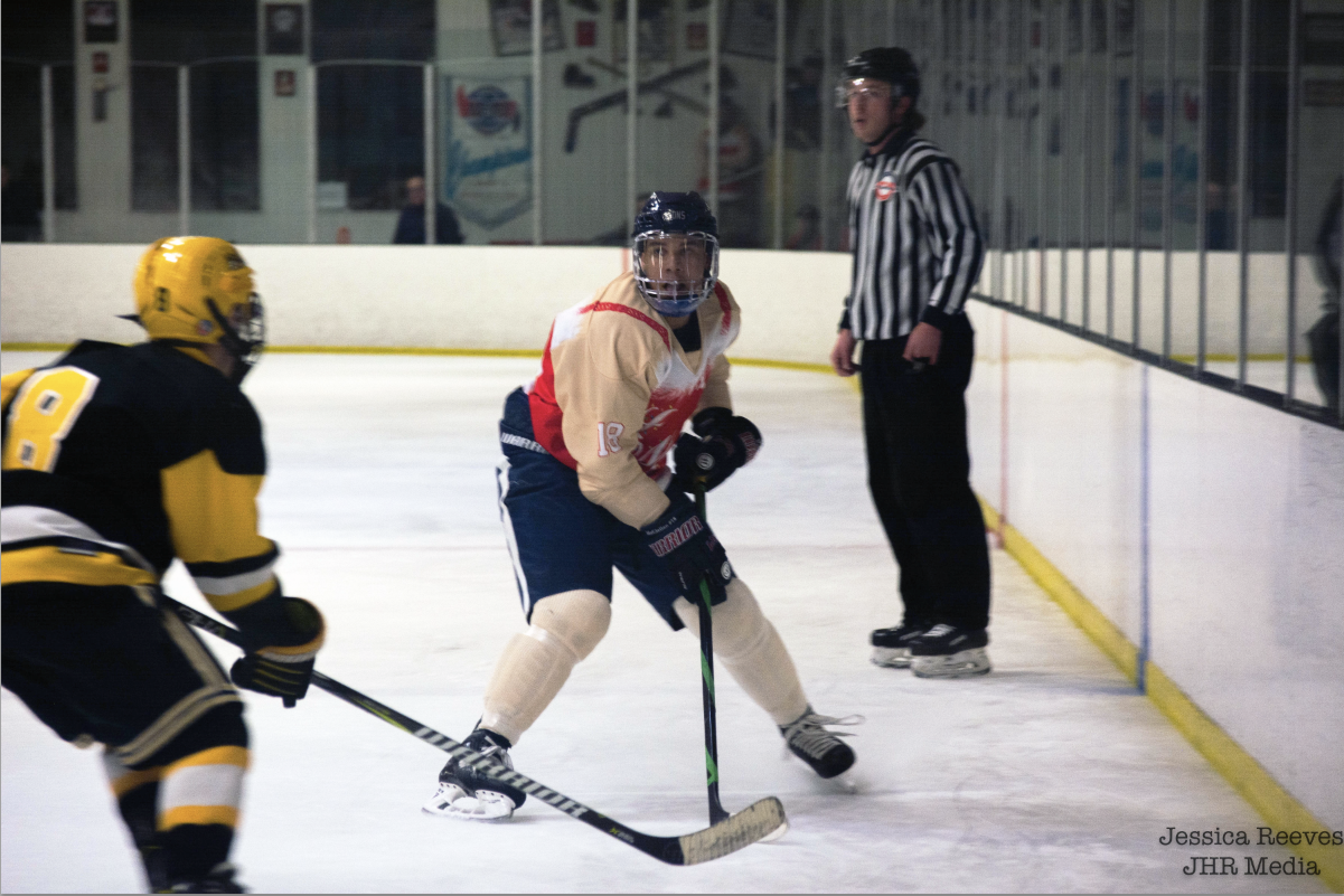 The Lions took to the ice for one final game in the fall semester, facing a heated WCHC rival in the annual Christmas Teddy Bear Toss Game.  This year, the Lions donned special holiday jerseys themed from “Mean Girls”

The Lions got on the board early, a power play goal from Greg Bennett.  The packed stands sent teddy bears flying over the glass onto the ice.  The Lions crushed the previous best record of 116, though final numbers are still being counted.

There were plenty of power play opportunities, as LMU took 11 penalties and LBSU took 12.  The Lions dominated possession in the first period, with goals from G Bennett, Manzer, Andrade and Billings.  LBSU scored a late power play goal to cut LMU’s lead to 4-1 after one.

The second period had a much different feeling from the first, without the end to end scoring chances, and no goals until the mid point of the second.  The Lions would extend their lead with three goals in the second, Billings with his second goal on the power play, Rodriguez and Manzer with his second.  These goals came after LBSU scored first, to make it 4-2, but the Lions three goals extended the lead to 7-2 after two.

The third period saw LMU score two more goals, from Kilkenny and Herzog.  LBSU would score the final goal of the game, and the Lions took the Teddy Bear Toss game 9-3.  Footlick picked up the win for the Lions, stopping 28/31 shots on the night.  The Lions put up 45 shots on the game.

The Lions are off for the rest of the semester, and come back for a very important string of games in January as they attempt to make the ACHA West Regional tournament for the third time.