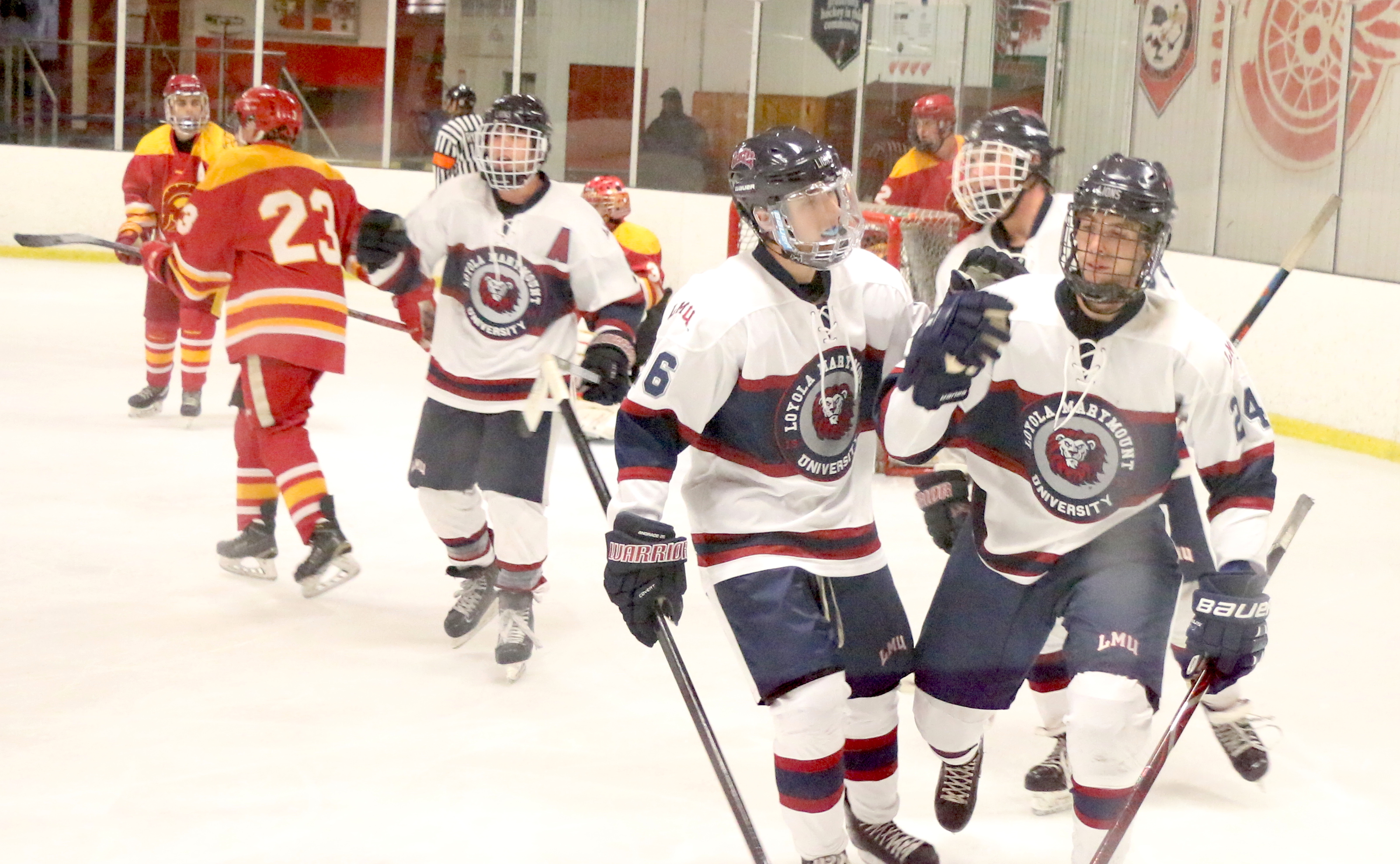 It was freshman night at the LMU rink, with busloads of students at the game, and the first game of the annual “Century Cup” between LMU and USC, the stakes were high. And USC stormed out to claim the momentum, scoring on a centering play just a minute into the first.  The Lions took little time to answer back as freshman Nick Mauthe scored through a screen, and knotted the game at 1.  In the second, USC would finally take advantage of a slew of LMU penalties, and scored on a nice tip play on the power play.  USC led LMU 2-1 after 2.  The fans would not be deterred though, and chants of “LMU” rang throughout the third period, where the Lions, also with plenty of power play opportunities, finally cashed in as Hogan Peters scored on the back door.  Both teams took penalties down the stretch, but the game would extend into overtime as the Lions killed off a penalty in the final two minutes to take it to extra time.  In overtime, the Lions controlled play, but it was a simple mistake of the USC goalie who left the puck sitting in front, and Austin Billings picked it up, took two strides and fired it into the empty net for the thrilling OT winner.  Jason Footlick picks up his second win in as many starts, and played strong as these two evenly matched teams duked it out all night long.  The Lions now need to win 1 of the remaining two games with USC to continue to hold the “Century Cup” trophy.