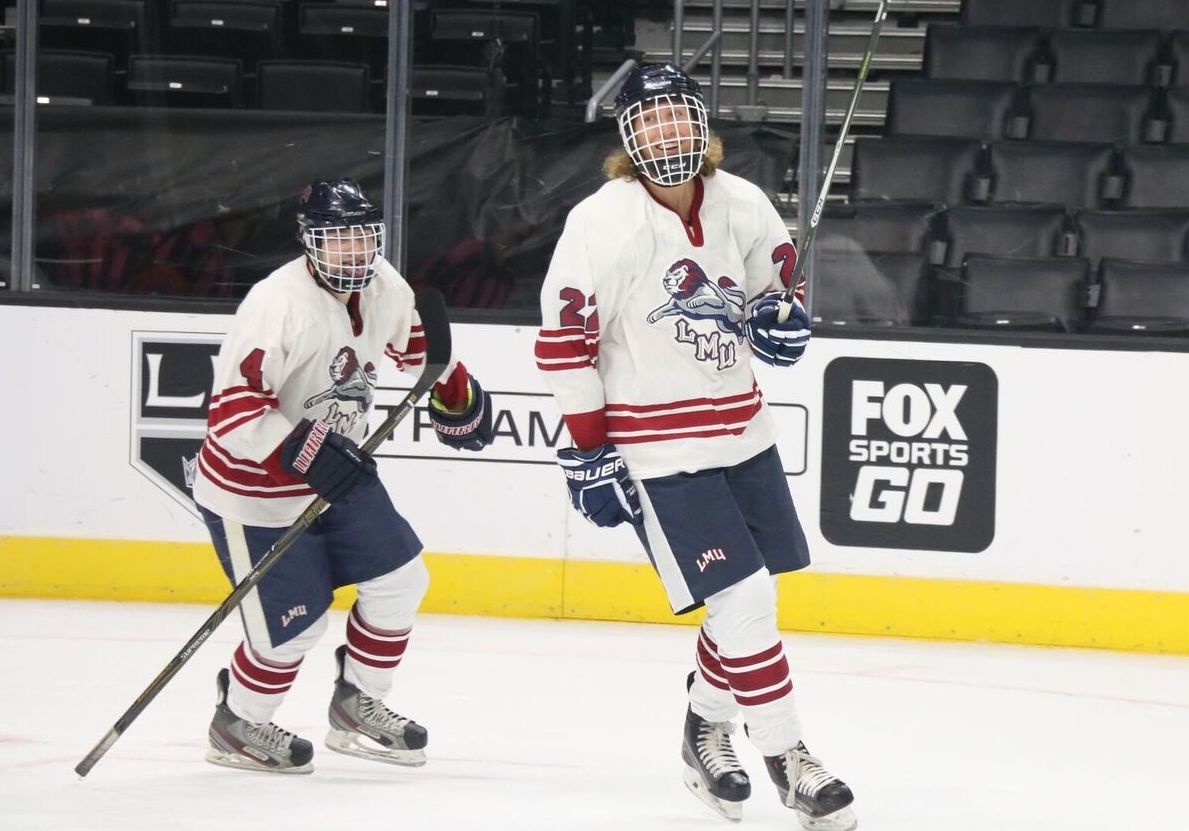 The Lions cruised through Chapman, in the first round of the LA Kings College Cup.  Chapman would score first, but the Lions rattled off 12 consecutive goals after that, and won the game 12-2.  In the first, Athan Tsokolas tipped home a beautiful pass from CJ Geeza to tie it at one, and less than a minute later, Tsokolas returned the favor, sending a good feed to Geeza who scored.  The Lions led 2-1 after 1.  The Lions turned into scoring machines, which Benson (3G) netting his first goals as a Lion and completing the Hat-Trick, Boente (2G), Hertz, Thomas, Jarrell, Johnson and Shibata scoring.  Mike Zanini stood strong when Chapman had pressure early, and the Lions will move onto the semi-finals, for the 3rd consecutive year.  The Lions will face CSUF in the Semi’s, after Fullerton beat Long Beach in a crazy game at Staples Center.  The semi-final game date is TBD, but up next for the Lions is a trip to Spokane to face Gonzaga and Univ. of Idaho.