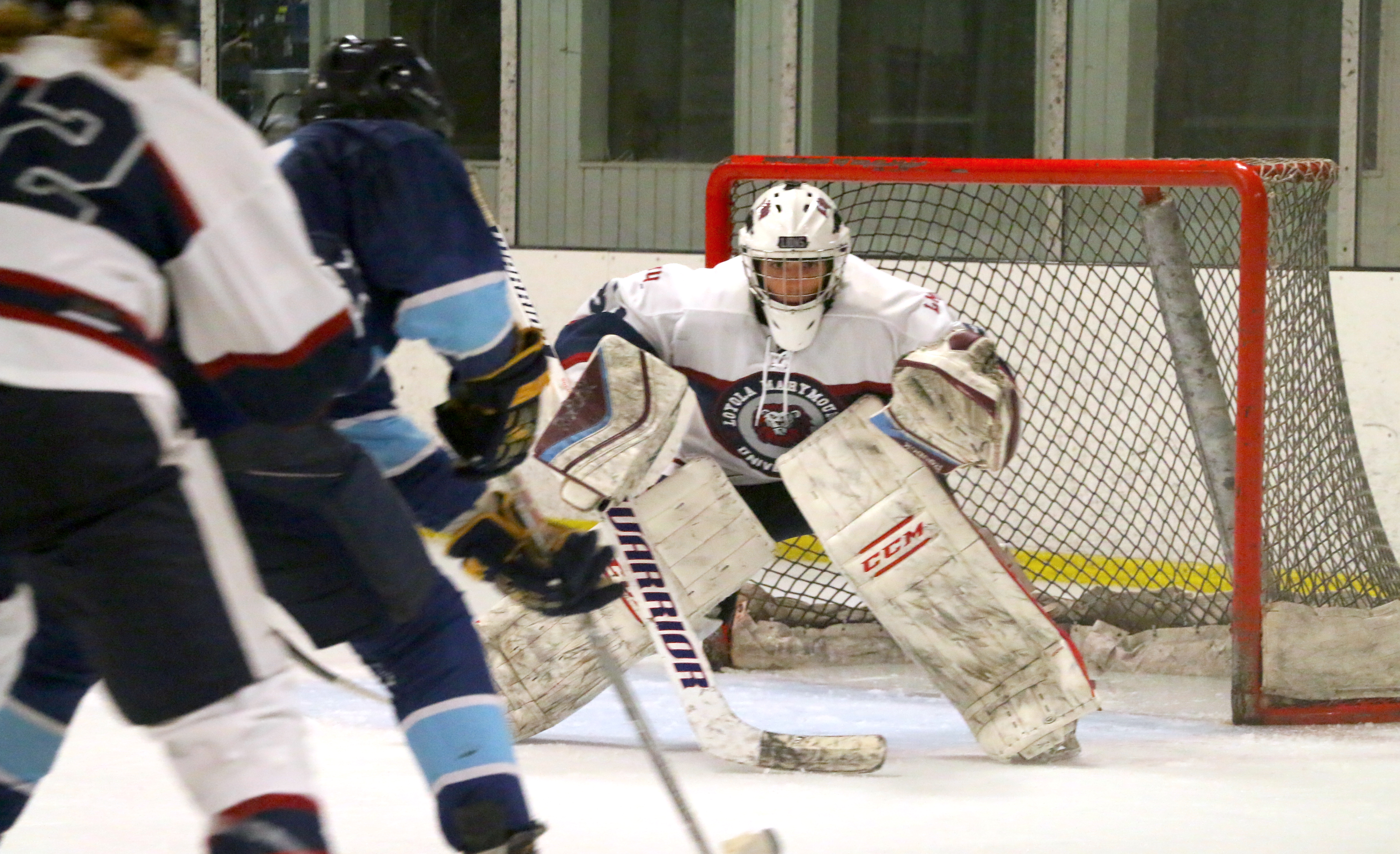 The Lions faced University of San Diego in their 2nd ever game as an ACHA team, and came out on top 4-1.  USD put up a valiant effort, but faced with a short bench, the Lions put the game into cruise control early.  Though the pace of the game left a little to be desired, the Lions outshot USD 42-18, with USD’s goaltender playing fantastic to keep it close.  The Lions started off the scoring early with Parker Thomas firing it home from in close 5 minutes into the game, it was his first goal of the season.  The Lions extended the lead late in the first on an Eric Johnson goal, and led 2-0 after 1.  In the second, Hogan Peters fired it from a bad angle, surprising the USD goalie, and netted the Lions third goal only 15 seconds into the 2nd.  Four minutes later, Ryan Hirai would score on a power play, and the Lions would lead 4-0.  The game really slowed down at that point, and LMU goalie Mike Zanini, though not tested often, came up with a few great saves to keep it 4-0.  The Lions took a late penalty, and USD managed to score on a 2nd chance with only 45 seconds left, spoiling Zanini’s shutout attempt.  Defenseman Jett Shibata picked up 3 helpers to garner a play-maker on the night.

The Lions moved to 2-0 on the season, and 2-0 in the WCHC conference.  Next week the Lions have two huge games, on Thursday vs. USC, and Saturday @ CSUF.