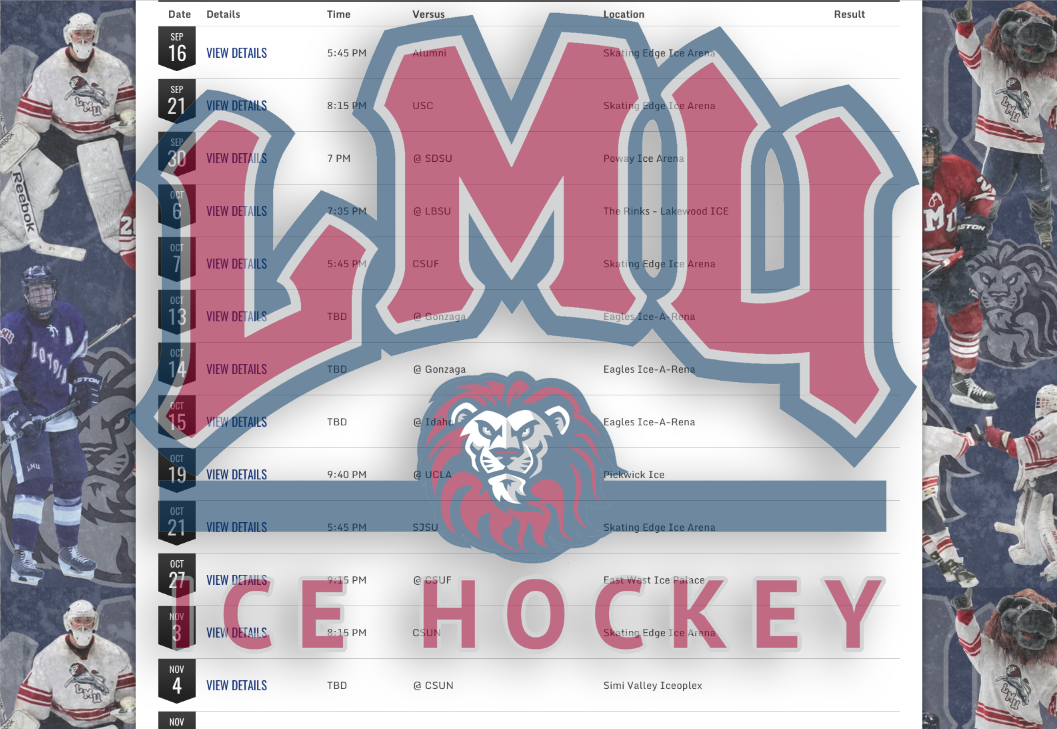 The Lions are looking forward to their 2017-2018 campaign!  With 22 regular season games, including WCHC conference play with LBSU, CSUN, CSUF, SDSU and Chapman, the Lions will look to regain their title of the top team in California.  As with seasons past, in addition to their WCHC schedule, the Lions will host USC twice, San Jose State and Texas A&M.  The Lions will also once again travel to San Jose for 2 games against SJSU.  For the teams other out of town trip, the Lions will restart a rivalry of the past, as the team will travel to Spokane, Washington to face Gonzaga and Idaho.  The team will also once again participate in the LA Kings “Kings Cup” tournament, which the team finished 2nd and 3rd in respectively in the first two seasons.  That tournament will see a first round game, still to be scheduled, played at Staples Center, home of the LA Kings.  If the team wins the first round, they’ll play in a semi-final, and ultimately in a championship game back at Staples Center.  The season will culminate with WCHC playoffs in February and the goal of heading back to the ACHA regionals in February as well.  Check out the full schedule on our site!