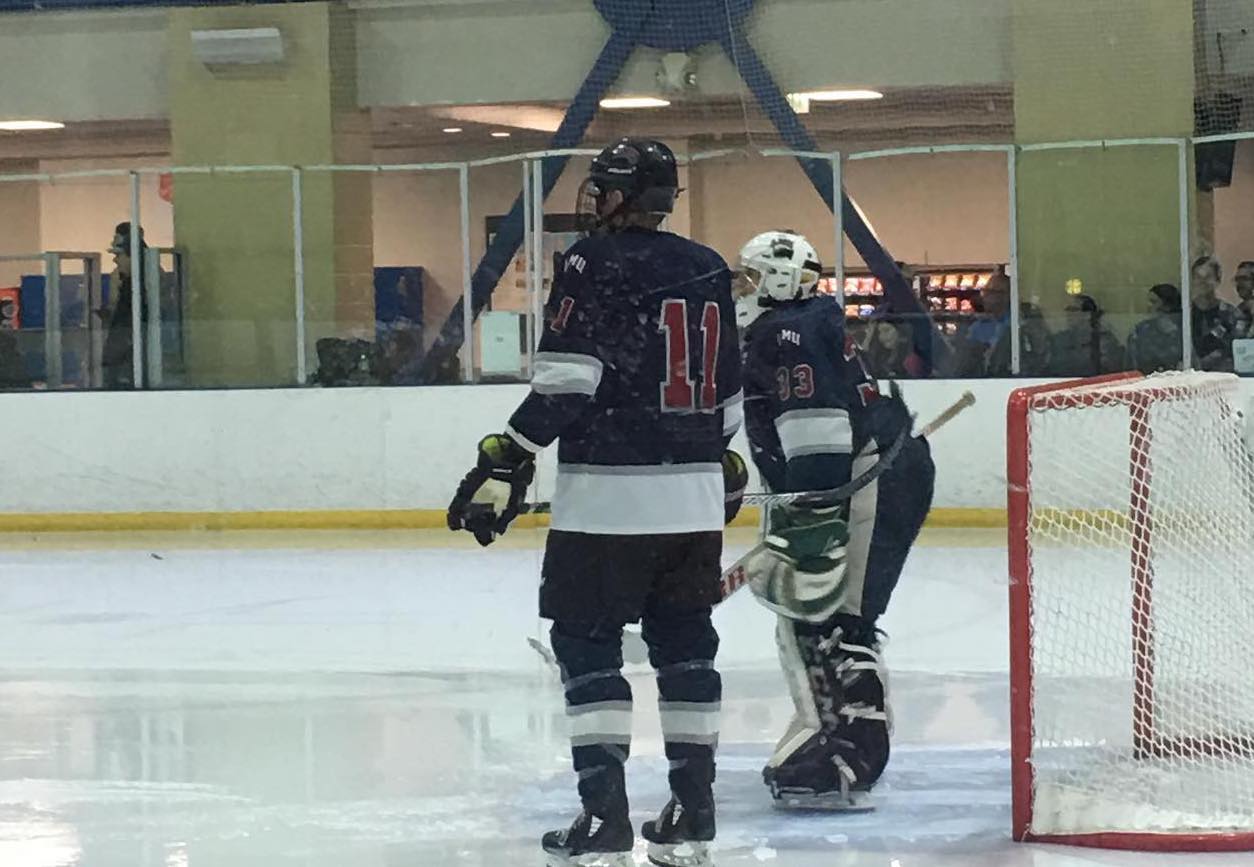 This was a sixty minute roller coaster, with each team having 2 goal leads, and 2 goal comebacks.  The Lions opened their 2019-20 campaign on the road at the always tough SDSU.  The Lions had plenty of new faces in the lineup, including 8 freshmen.  The game got off to a great start, with LMU scoring first, as Austin Billings fired home a centering pass mid way through the first period.  SDSU would tie it on a fluke play behind the LMU net, but the Lions would retake the lead as Freshman Chris Manzer would net the first of his career and the night on a breakaway pass from Thomas Bennett.

The Lions had an early second period power play, and Austin Billings net his second goal of the game to extend the LMU lead to 3-1. SDSU would turn up the pressure and score two goals over the next 10 minutes to tie the game 3-3.  A skirmish behind the LMU net as LMU goalie Footlick was slashed and pushed into the boards, let to multiple penalties including 2 minutes slashing on SDSU and a 5 minute and game misconduct on LMU’s Andrade for retaliating.

SDSU would net one late in the second, and early in the third to take a 5-3 lead.  The freshman, Manzer, would find the net twice over the next three minutes, to tie the game 5-5.  But the final ten minutes of the game was a bevy of odd man rushes for the Aztecs who took full advantage, scoring 4 goals over the final 10 minutes of the game.  The Lions ended on the wrong side of the 9-5 final score, but took full advantage of the opportunities in this game.  The Lions are back in action at their home opener next Saturday vs USC.