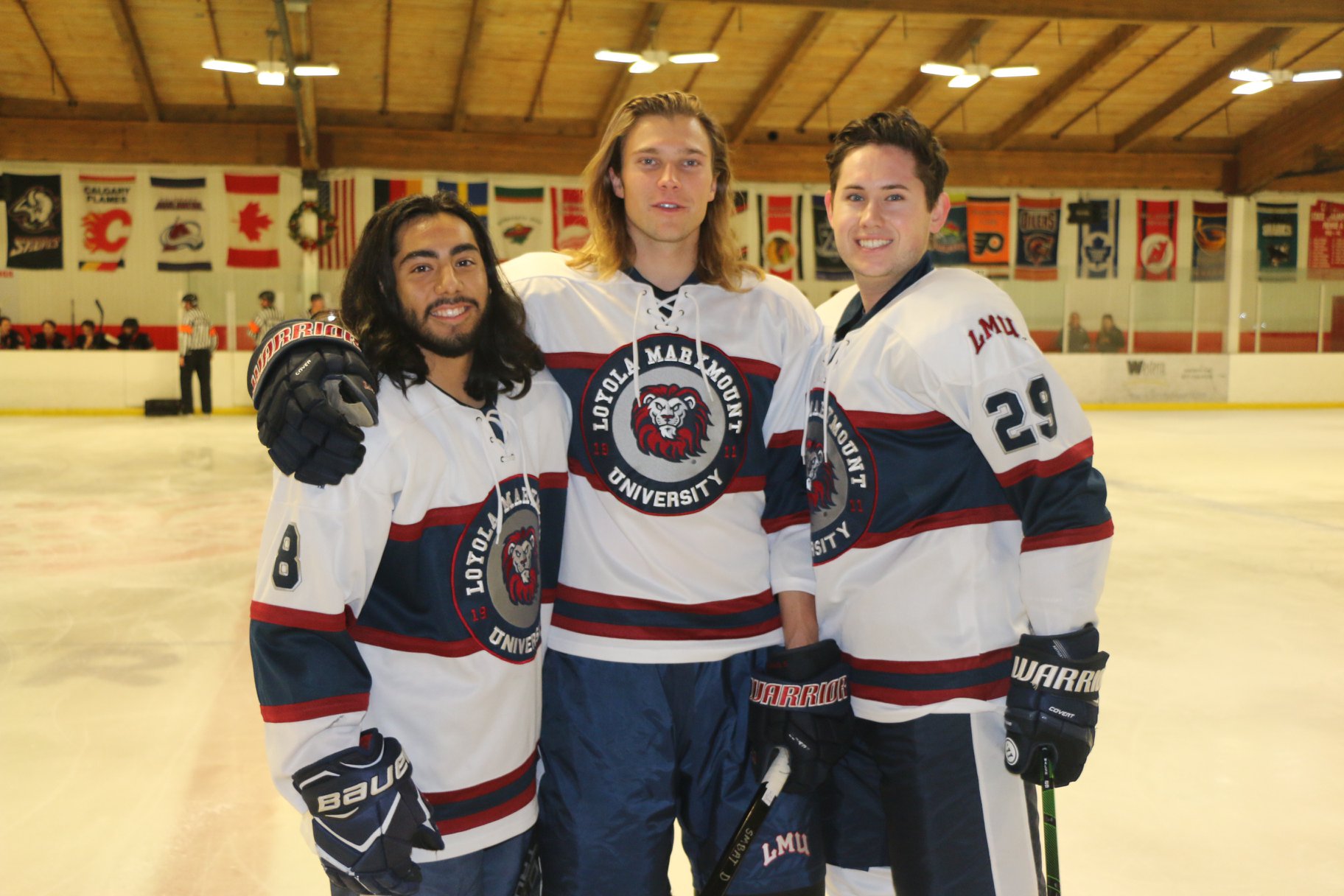 The rink was packed, the fans were rowdy and the Lions were geared to go on Senior Night as the team celebrated its three seniors, David Valencia, Joost Aalmans and Austin Walsh.  After a pregame ceremony for the seniors, the rivalry game got started as the top two teams in the WCHC took to the ice.

A back and forth first period saw no scoring, but plenty of chances.  CSUN held the possession advantage through the period, outshooting the Lions by 5.  With five seconds left, Chris Manzer hit a Matador while on the forecheck.  As the play moved back up the ice the two players became entangled and fell to the ice grappling, with each player receiving a fighting major and DQ, losing Manzer for the game.

In the second, CSUN would strike early on a cross net pass that was fired home.  After this the Lions picked up their offense, generating a lot of chances.  The Lions finally scored midway through the second as Brian Clem stuffed home a rebound in a net front scramble.

CSUN would score in the final minutes of the second, a point shot hit a body on the way and sailed over the shoulder over a screen Jason Footlick, CSUN led 2-1 after 2.

In the third the Lions pressured, but the CSUN goalie, Vincent Sepe, stayed strong.  Midway through the third the Lions thought they scored, as Eric Anderson wrapped the puck around and into the net, but it was waived off because the net was knocked off as he slid the puck in.  The Lions attempted to tie the game, but a late game penalty took the steam out of the attack and CSUN ran the clock out for the 2-1 win.

The Lions finish the conference schedule as the 2nd ranked team in the WCHC, behind an undefeated CSUN, and head to conference playoffs next weekend where they’ll hope to match up with CSUN in the finals.