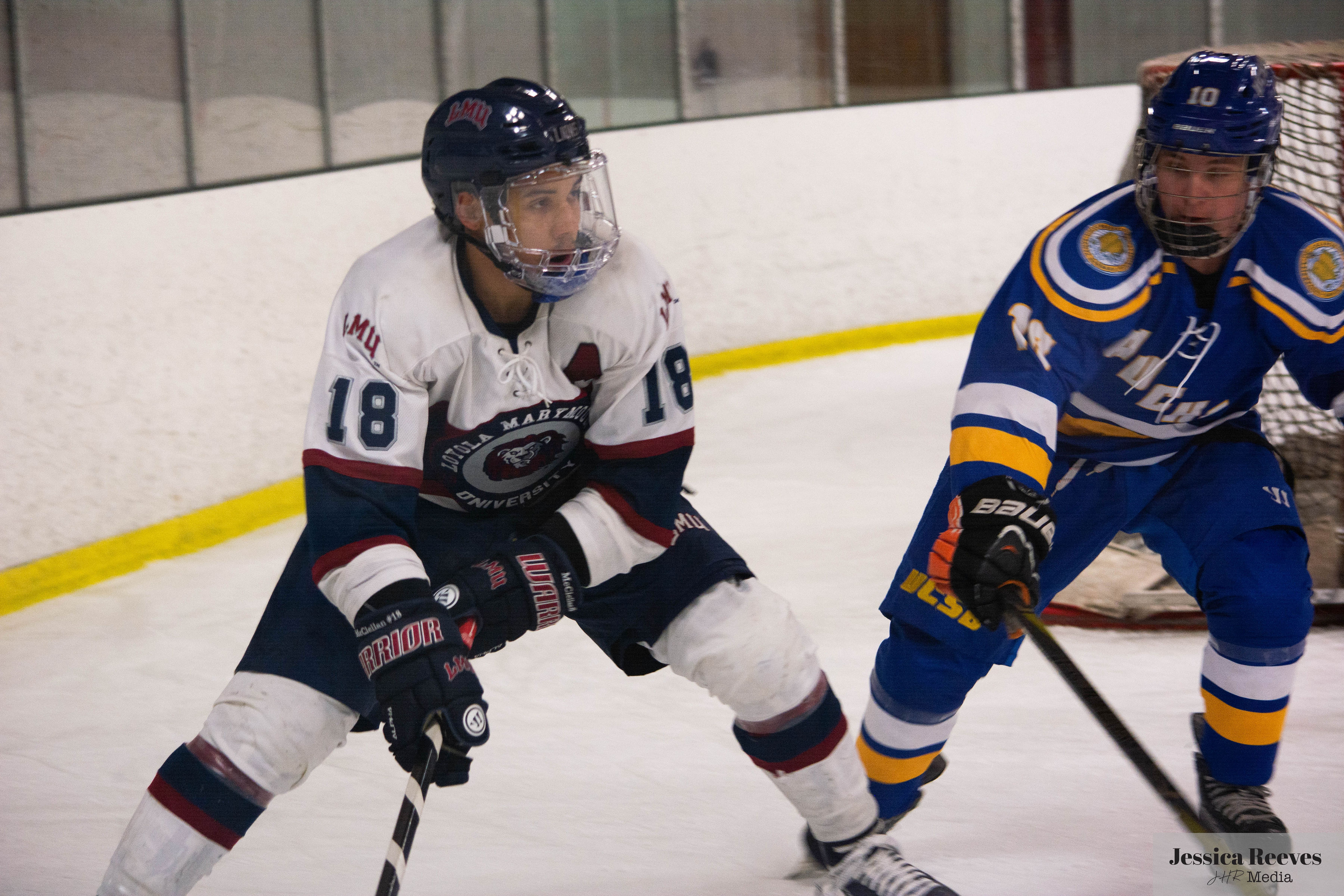 The Lions hosted WCHC rival UCSB on Friday night, a back and forth contest that the Lions dropped 7-4. UCSB would get up 2-0 in the first period, an anemic period for the Lions. The second saw the Lions dominate, scoring four consecutive goals to take a 4-2 lead. Eric Anderson scored twice, including a beautiful move where he walked through 3 Gouchos and deked out the goalie. Billings and Rodriguez also scored for the Lions. UCSB was able to add one, and the Lions led 4-3 after the second. The third period saw the ice tilt the other way, with UCSB scoring four goals to sink the Lions 7-4. The teams split this years game set, each team winning their road game.