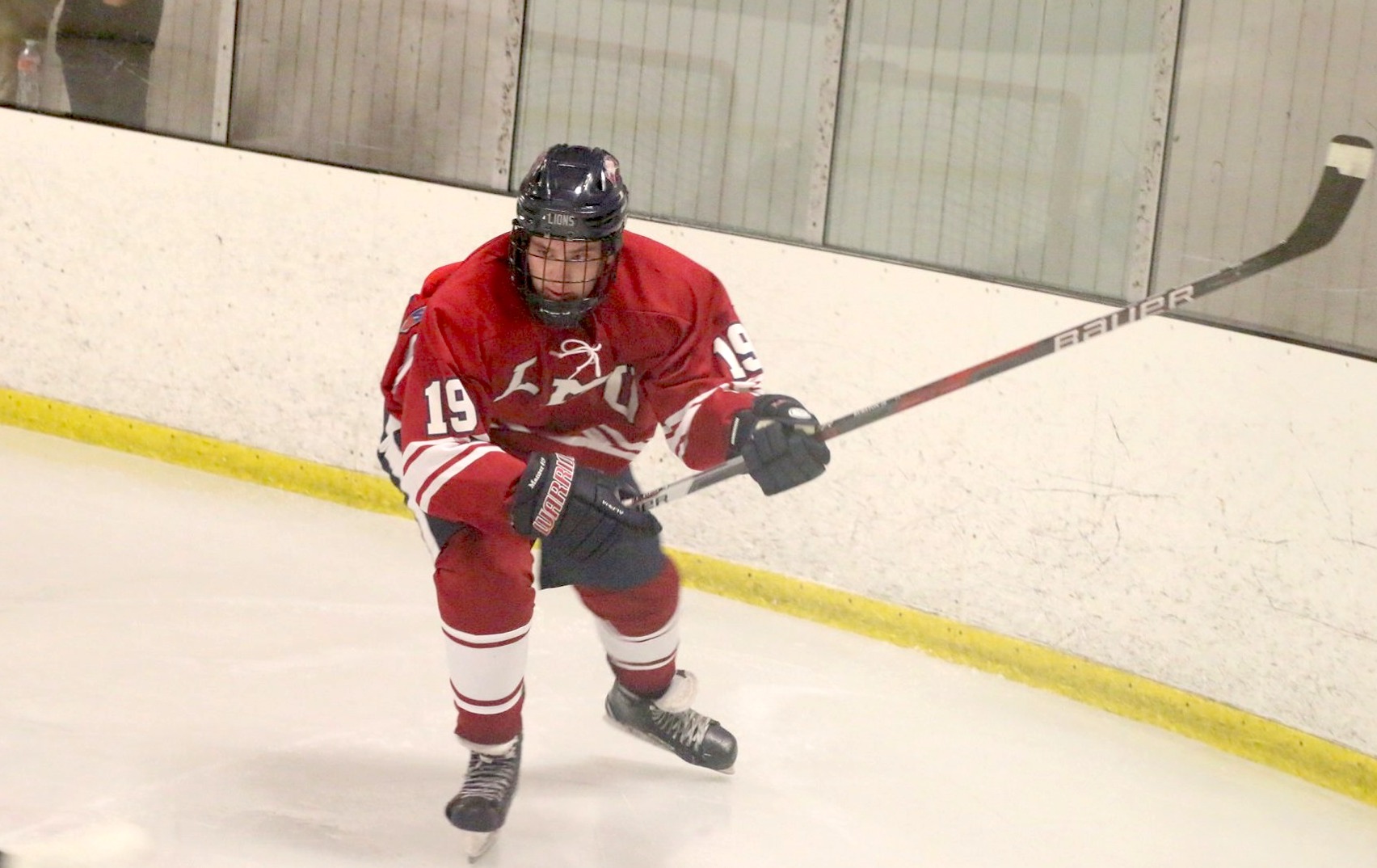 The Lions headed out West to face UCSB in a WCHC T1 matchup, and it was quite the game.  The Lions would score the only goal of the first period, as Justin Hertz took the puck to the net, was taken down, and Connor Kilkenny put the the puck in top shelf only 4 minutes into the game.  The Lions led 1-0 after one.

In the second the Lions were looking to play more up tempo, which led to a wild back and forth affair.  Chris Manzer would score his first of the game on a cross ice pass from Connor Kilkenny 2 minutes into the second. Santa Barbara would answer right back, scoring on a tip play in front of the net.  Manzer would score his second, trying to center the puck to Justin Hertz in the slot, the puck hit the goalie and slowly dribbled across the line, to give the Lions a 3-1 lead.  A few minutes later, Cam Andrade was tripped trying to regroup the puck in the LMU zone, the UCSB player stole the puck and scored on a breakaway.  The Gouchos would soon tie it on a point shot, at 3-3.  The Lions answered right back, as Manzer scored his hat-trick (his third of the season), and the Lions led 4-3 after two.

In the third, a point shot would hit a body in front and bounce to the back post, where UCSB tapped it home to tie the game 4-4. The Lions would find themselves playing 4v4, when Austin Billings was sprung on a breakaway, he was stopped on a great attempt.  UCSB cleared the puck the the Lions quickly moved it across the ice to Hirai who got his own breakaway, and tucked it around the goalie using the Forsburg move, 5-4 LMU.  After a few minor penalties came and went, UCSB carried the puck out of the corner on a failed clearing attempt, and the forward lost it in the slot, where it slid back post for another UCSB goal to tie it 5-5.

Brian Clem got the puck and carried it wide on the UCSB D, he faked out the goalie and scored to retake the lead, 6-5.  A few minutes later, Manzer would score his fourth of the game, sprung on another breakaway where he fired it over the pad to give LMU a 7-5 lead with 3 minutes to play.  With 2 minutes left, UCSB took a too many men penalty and the Lions controlled the puck in the offensive zone, draining the clock.  A few seconds after the penalty expired, so did the game clock giving the Lions the 7-5 WCHC victory.

Jason Footlick picked up the win in net.

The Lions are off next week, and back November 14 and 15, as they host Eastern Washington and UCSB.