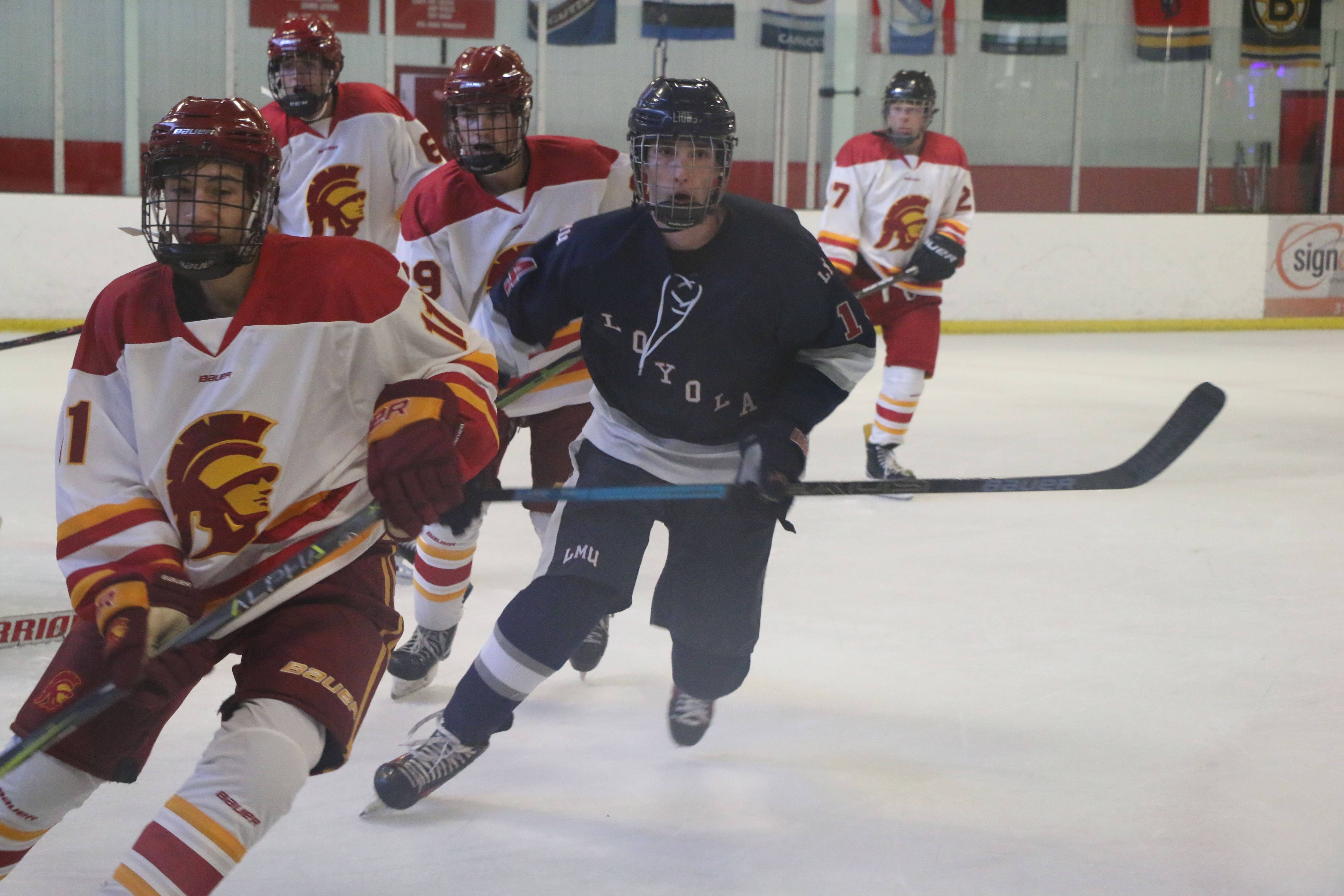 The Lions opened their home schedule with a 7-3 victory over rival USC.  The Lions had a good crowd and a lot of Alumni in attendance to cheer on the team.  Even with a lot of pressure, the Lions found themselves in a 2-0 hole late in the first period, after two turnover goals for the Trojans.  Late in the first the Lions would get on the board as Ryan Hirai tapped home a rebound on a shot from Austin Billings.  Midway through the second period Brian Clem would score the first of his three goals on the night, after Jacob Benson stole a puck on the forecheck and fed the slot, where Clem put it high glove to tie the game 2-2.  Soon after that the Lions would find themselves on an extended 5 on 3 power play, where Eric Anderson walked the puck out from the corner and scored top shelf to give the Lions a lead they wouldn’t relinquish.

After 2, the Lions led 3-2.  The third would be a wild one, with Brian Clem scoring two shorthanded goals, Chris Manzer scoring his fourth goal in 2 games, and Justin Hertz scoring on a penalty shot.  The Lions also managed to get into major penalty trouble, picking up 3 major penalties, including being down 5 on 3 for 4 minutes at one point.

Jason Footlick played well for the Lions, as he was tested sporadically throughout the game, only giving up the 2 breakaways and the 5 on 3 shorthanded goals.

The Lions have won game one of the Century Cup, the yearly tournament with USC.  The Trojans won the cup from the Lions last year, and LMU is looking to regain it, needed one more victory over USC.