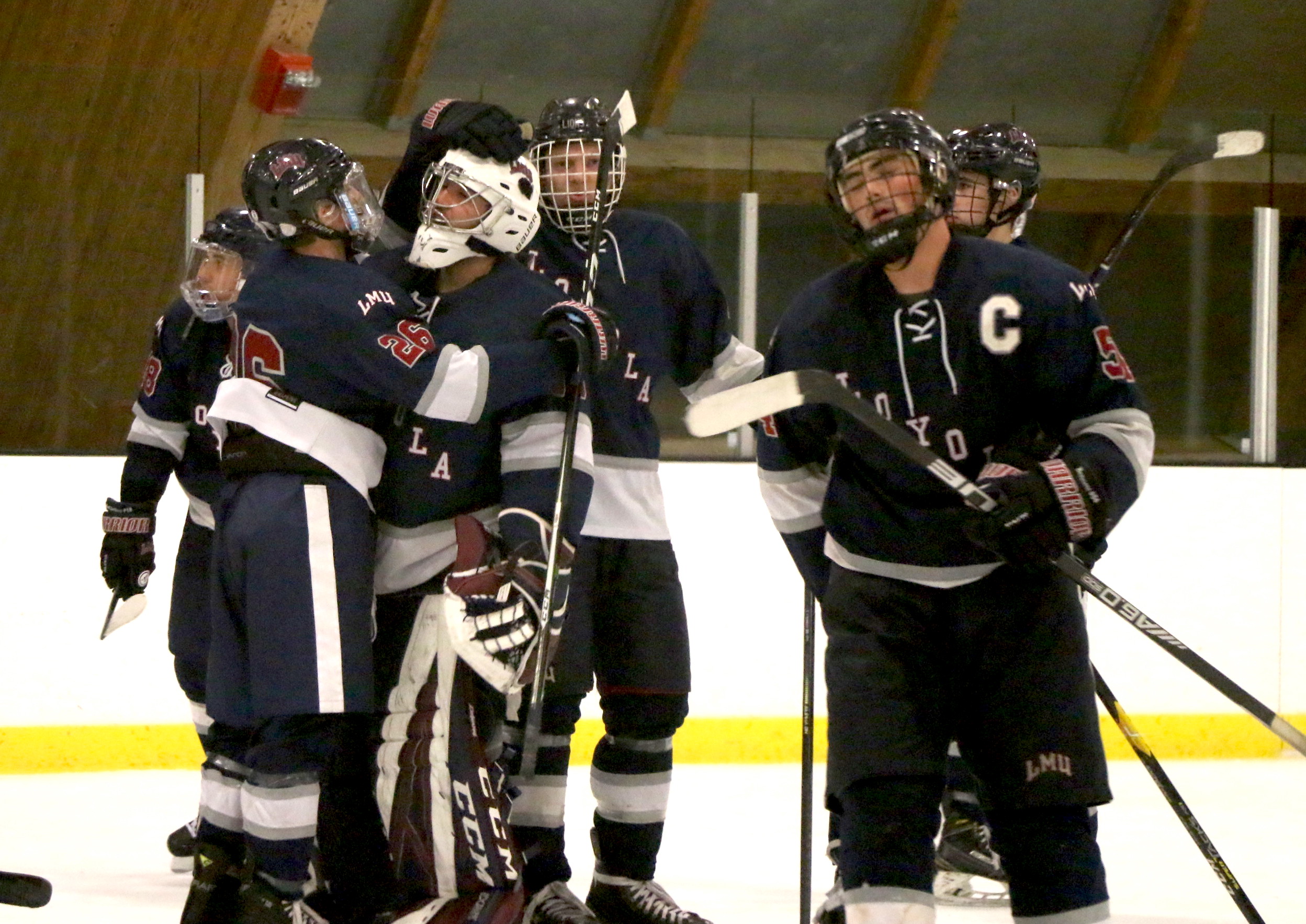 The Lions fell just short of their goal this season, losing to CSUN in the WCHC Championship game on Sunday afternoon.  The game was thrilling, with both teams trading chances throughout, and never slowing.  Both teams traded grade-A scoring chances in the first few minutes.  CSUN got on the board first, halfway through the first as a point shot hit a body and fell to the back post where it was slid into the net.  The Lions got back to business and had many 2 on 1’s and slot chances but couldn’t score to tie it up.  CSUN would score again in the final minutes of the first, on a puck that was centered and weirdly bounced into the net through Footlick’s pads.  And soon after CSUN would take a 3-0 lead on a D-Zone turn over.  After one, the Lions were down 3-0 but it was a fantastically close game on the ice.

In the second the Lions got on the board right away, as Brian Clem fired home a rebound on a shot from Austin Billings.  The Lions pushed for more, almost scoring 10 seconds later on a net front scramble.  The game evened out and the teams traded chances.  CSUN would regain their 3 goal lead on a blocked offensive zone shot, that led to a breakaway goal.

The Lions kept battling, and got a goal back on a delayed penalty, as they stole the puck in the offensive zone, drew a penalty and Brian Clem found another rebound on an Austin Billings shot.  The Lions were down by 2, and on the power play.  It soon turned into a 5 on 3 power play, but the Lions couldn’t crack the CSUN net minder again, even with a number of great chances.

CSUN wins its fourth WCHC Championship in a row and will head to regionals in Boise ID.  The Lions finish the season with a 17-9-1 record and will be returning a majority of their team for another run at the WCHC Championship next year.