Lions Take Down Fullerton to Advance to Championship 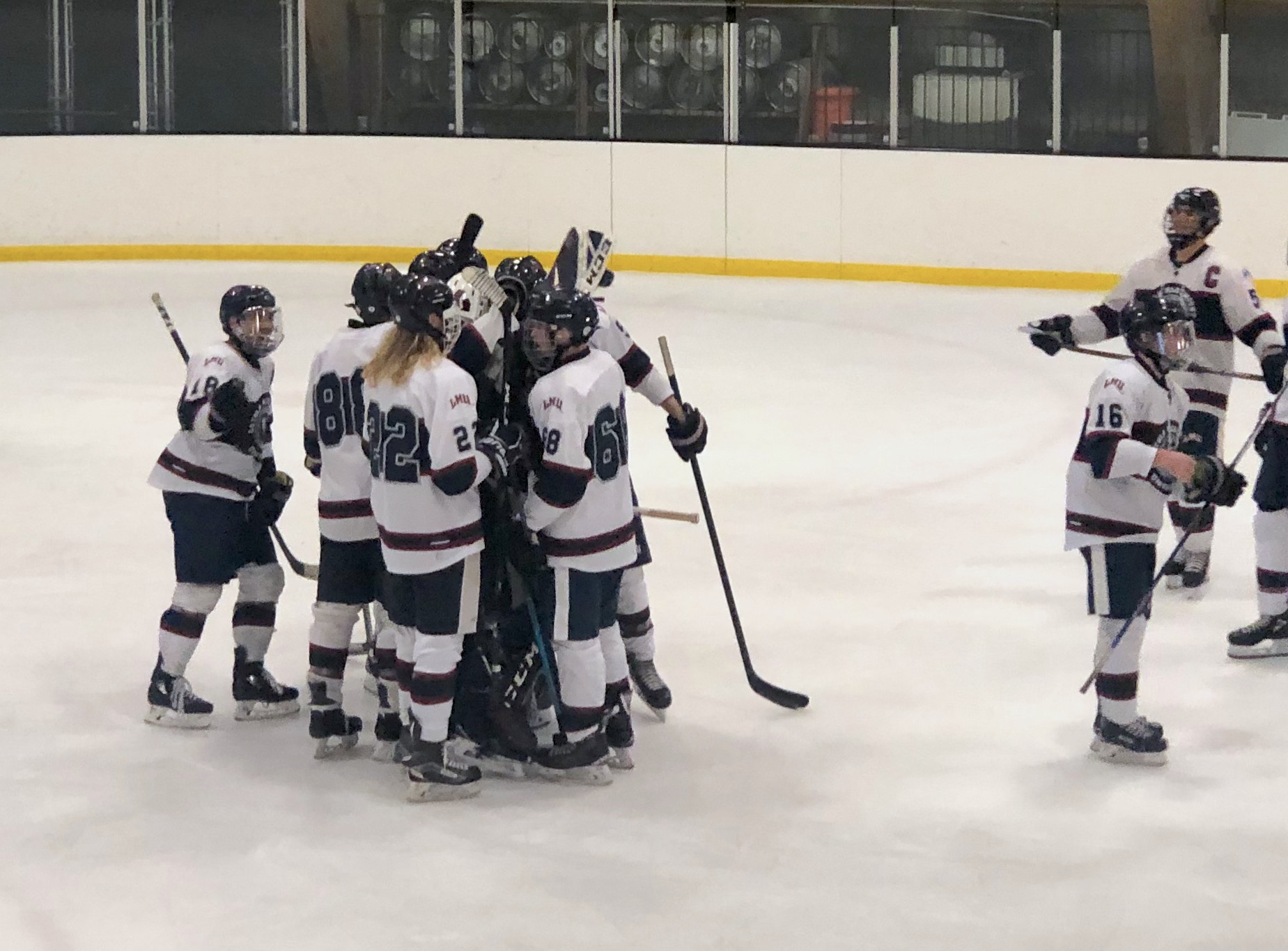 The Lions faced off against Fullerton in the WCHC Semi-Finals on Saturday night, and came away victorious with a 5-2 win.  The Lions would once again get on the board early, as Brian Clem scored on a pass from Austin Billings only :27 seconds into the game.  Billings would net one midway through the first, to take a 2-0 lead after one.

In the second Fullerton would get on the board, as the Lions lost coverage in the slot and CSUF would fire it home on a pass from behind the net to cut it to a 2-1 game.  The Lions would answer right back, as Clem got his second goal of the game to retake the 2 goal lead.

In the third, the Lions would score on an end to end rush by Chris Manzer, to give LMU a 4-1 lead.  It was short lived though, as the next shift CSUF would come right back on their own end to end rush to cut it to 4-2.  The Lions turned it on after a relatively mundane period and had chance after chance down the stretch, only held off by superb goaltending on the Fullerton side.  The Lions finally cracked through as Jake Herzog poked home a third chance rebound to give LMU their fifth goal.

Jason Footlick started in net, gathering the win in a low key game in net.  Stopping 21 of 23 shots, Footlick earned the victory.

The Lions have now advanced to the WCHC Championship game for the 2nd time in team history.  Previously the Lions faced NAU in the finals and lost.  This time, the Lions will face 3 time repeat champion CSUN on Sunday at 4:45pm.  This is CSUN’s fifth Championship game appearance in a row, and they’ll be looking for their fourth straight title.  The Lions hope to bring an end to the streak on Sunday.